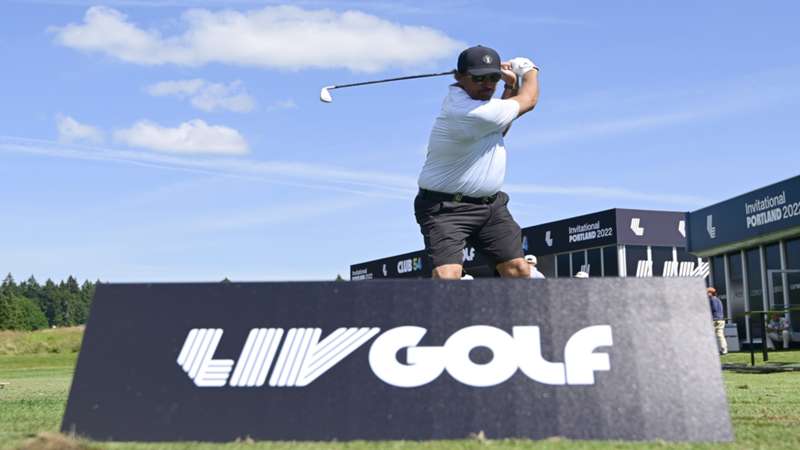 Here's everything you need to know about the second LIV Golf event in Bedminster.

After its debut event in the United States earlier this month, LIV Golf returns for the second event stateside, this time at Trump National Golf Club Bedminster in Bedminster, N.J. You can watch all three rounds starting Friday on DAZN.

In the run-up to its second event in Portland, LIV Golf announced that it added some of golf's biggest names to its roster, including major winners Bryson DeChambeau and Brooks Koepka and one of the sport's youngest stars in Matthew Wolff.

Charl Schwartzel was victorious in London in the inaugural event, and in the last time out, Branden Grace had a magnificent final nine holes to secure the victory.

LIV golfers Dustin Johnson, Bryson DeChambeau, and Abraham Ancer placed strongly at the Open Championship two weeks ago. Who will leave New Jersey with the victory?

Here's everything you need to know ahead of the LIV Golf Bedminster.

This LIV Golf event will run from July 29 to July 31 with a 2:00 p.m. ET / 7:00 p.m. BST tee time. Unlike traditional golf tournaments, LIV Golf has all its players on the course starting their rounds at different holes, which is also known as a 'Shotgun Start'.

The event will occur at Trump National Golf Club Bedminster in Bedminster, N.J.