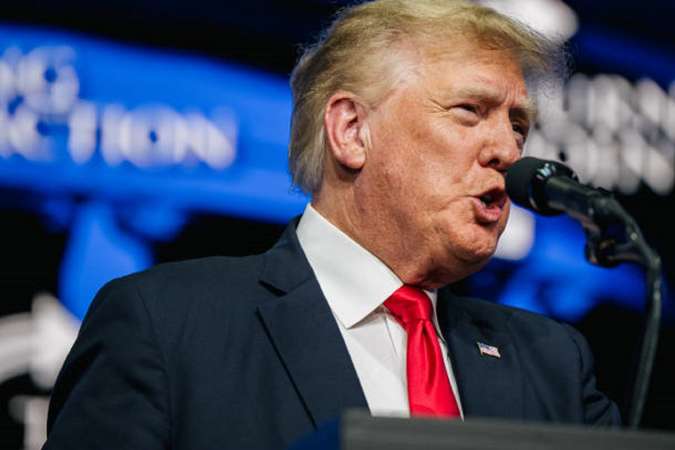 The former USA president will be ringside in Florida on Saturday night.

Donald Trump will provide alternate commentary for this weekend’s fight between Evander Holyfield and Vitor Belfort.

The former United States president has long been a boxing fan and was a regular feature at ringside when his venues consistently staged huge events.

This Saturday’s show sees Holyfield step in at late notice as a replacement for Oscar De La Hoya as "The Golden Boy” recovers from COVID-19.

Belfort is a former UFC champion but this will be his first time in the boxing ring as he faces the former heavyweight champion.

Trump, when speaking to Triller, the show’s organisers, was delighted to be a part of the action.

“I love great fighters and great fights,” said Trump. “I look forward to seeing both this Saturday night and sharing my thoughts ringside. You won’t want to miss this special event.”