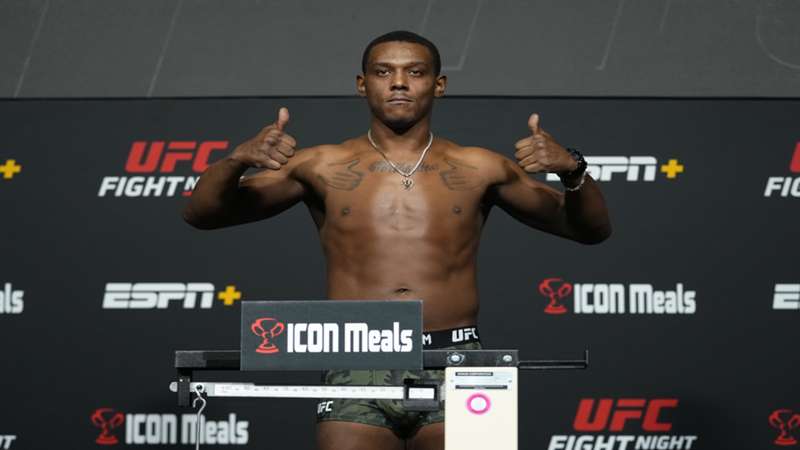 It's a new time in what used to be the UFC's glamour division.

The light heavyweight division was once known as the glamour weight class of the UFC.

In one era, you had Tito Ortiz, Chuck Liddell and Randy Couture all have reigns as the 205-pound champion. They helped put the UFC on the map with some of the most memorable bouts in UFC history. Then, the tide shifted to the dominant and historic run of Jon Jones sandwiched in with Daniel Cormier when the former couldn't keep himself out of trouble and was twice stripped of his belt.

The belt is currently held by Jiri Prochazka, with former champions Glover Teixeira and Jan Blachowicz, along with contenders Magomed Ankalaev and Aleksandar Rakic, nipping at his heels. However, someone looking to enter the fray and join the party on the quest for championship gold is Jamahal Hill, who meets former title challenger and No. 6-ranked Thiago Santos on Saturday in a UFC Fight Night main event in Las Vegas. Hill is ranked No. 10 and is 4-1 with one no-contest inside the octagon. Looking at the division and how things are shaping up, Hill feels it's a new time for division.

"It's a whole new era," Hill told DAZN. "It's been a new era at 205. I think after DC (Cormier) left 205, that was the beginning of the new era. That was the rebuild, and now you're starting to see that rebuild start to come into fruition.

"I feel like it's a new wave. There's a new age. It's that time. Just like you've seen in the NBA. Same thing happened in the NBA right now. You got LeBron (James) and KD (Kevin Durant) still there. But for the most part, these new guys, Ja Morant, LaMelo Ball, these kids are taking over. They're starting to become the new faces and things of the league. So time changes."

Last time out, the 31-year-old notched a first-round knockout over fellow contender Johnny Walker in his first UFC headliner in February to run his win streak to two.

He looks to extend his winning ways against Santos. Since being unable to capture the 205-pound title from Jones in a close fight at UFC 239, the Brazilian has fallen on hard luck, losing three of his last four. Those losses include former light heavyweight champion Glover Texeira and fellow title contenders Aleksandar Rakić and Magomed Ankalaev. Sandwiched between those setbacks was a decision win over Walker. Asked why Santos has struggled to regain the footing that led him to nearly beating Jones, the Chicago native feels it's because of the evolution of the sport and the new crop of fighters.

"The game-changing," Hill bluntly said. "The changing of the guard. Things that you were able to do back in the day, sit back and throw hard shots. You can't do that s— no more. You got to be technical. You got to know how to get there with your feet, with your hands, everything."

A win against Santos puts Hill one step closer to his dream. He feels that if he does what's expected of him this weekend, it won't be too much longer before he's competing for the belt.

"I believe win this one and then get another big win, let's give the king a shot at his crown," Hill said.