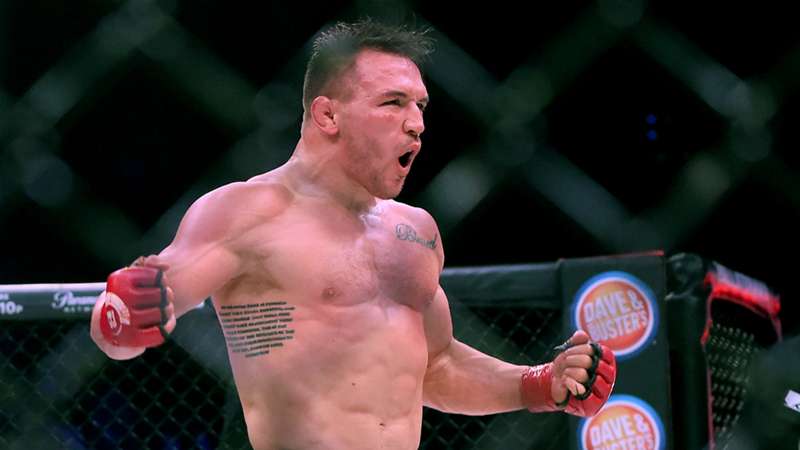 One of the best lightweights in the world signs with the UFC, and his first fight could be for UFC gold.

Michael Chandler has always said he's the best lightweight in the world. Now, he's going to get a chance to prove it.

UFC president Dana White announced on "SportsCenter" that the former three-time Bellator lightweight champion has signed with the UFC. White also revealed Chandler's first bout with the company could be a huge one. He will be at UFC 254 and serve as the backup fighter for the 155-pound title clash between champion Khabib Nurmagomedov and interim titleholder Justin Gaethje. Terms of Chandler's deal were not disclosed.

📝 @MikeChandlerMMA is headed to the Octagon.

UFC 254 takes place on Saturday, Oct. 24, at "Fight Island" on Yas Island in Abu Dhabi. Whether he gets the opportunity at an immediate title shot or not, Chandler will finally get the opportunity to show the world how good he truly is.

"Eventually hard work pays off," Chandler told ESPN. "You just have to still be standing there when it does. I'm humbled by the opportunity and can't wait to go prove what I have been saying for the past year: that I'm the best lightweight in the world."

During his three reigns as Bellator lightweight champion, Chandler (21-5) defended the belt on six occasions. He first won the belt in an epic war and arguably the best fight in Bellator history, outslugging Eddie Alvarez at Bellator 58 in November 2011. His second stint as champion came after losing three fights in a row and then winning back-to-back tilts to earn a crack at the vacant belt against Patricky Freire at Bellator 157 in June 2016. Chandler walked into his home state of Missouri and savagely knocked Freire out to regain the strap.

He lost the belt to Brent Primus at Bellator NYC in June 2017 when he suffered an ankle injury and couldn't continue in a fight he was winning before it was abruptly ended. However, Chandler avenged the loss and dominated Primus to get the title back at Bellator 212 in December 2018. He then dropped the title by first-round TKO to current featherweight champion Patricio Freire at Bellator 221 in May 2019.