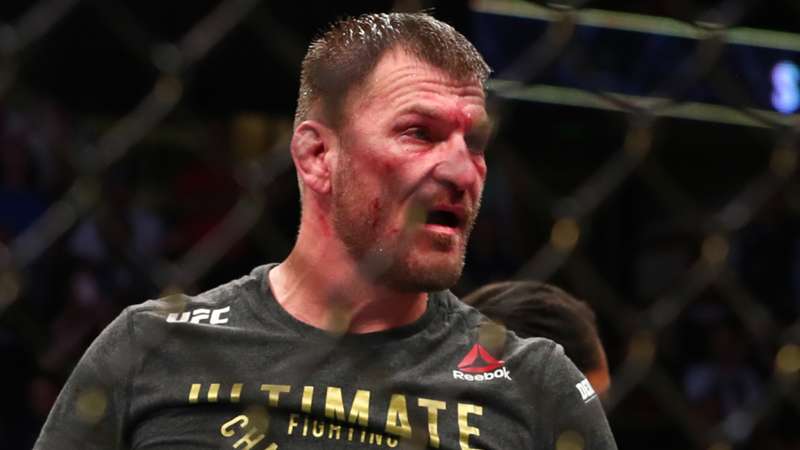 After Stipe Miocic took care of Daniel Cormier at UFC 252 two weeks ago to complete the trilogy and retain the heavyweight championship, UFC president Dana White made it clear that Miocic would defend next against Francis Ngannou. Miocic appeared to be on board with the idea earlier this week in an interview with ESPN.

“Ngannou has definitely shown a lot better stuff since the first fight,” Miocic told ESPN. “He’s knocking everyone out in the first round. He’s just on a tear.”

But the tune has changed as the two-time heavyweight titleholder, and current firefighter, said in an Instagram Q&A that he's no longer intrigued about a rematch with the slugger from Cameroon and wants to go back to a sport he competed in before committing full time to mixed martial arts.

“Francis isn’t exciting to me, already put on a 25-minute clinic on how to beat him," Miocic said. "I want a new challenge! Would love to box.”

Inside the ring, Miocic (20-3) won the Cleveland Golden Gloves and made it to the quarterfinals in the national Golden Gloves tournament. In the past, Miocic has teased returning to boxing and even challenged unified heavyweight champion, Anthony Joshua, in 2017.

It would seem the UFC could transition from Ngannou to former light heavyweight champion Jon Jones as Miocic's next opponent if the champion simply isn't interested in having a rematch. But White has been insistent on Jones having to wait his turn until Ngannou gets his opportunity. Unfortunately for Miocic, there aren't any viable challengers for him, so it's likely the 38-year-old will have to face Ngannou once again.

If that's the case, Miocic feels the rematch will go precisely the way the initial contest did, which he won by a lopsided decision at UFC 220 in January 2018.

“He’s definitely worked his way back up, but if we do fight again, it doesn’t matter,” Miocic also said to ESPN. “The same thing is gonna happen — same result. There’s no difference that’s gonna happen. I’m gonna win and dominate.”