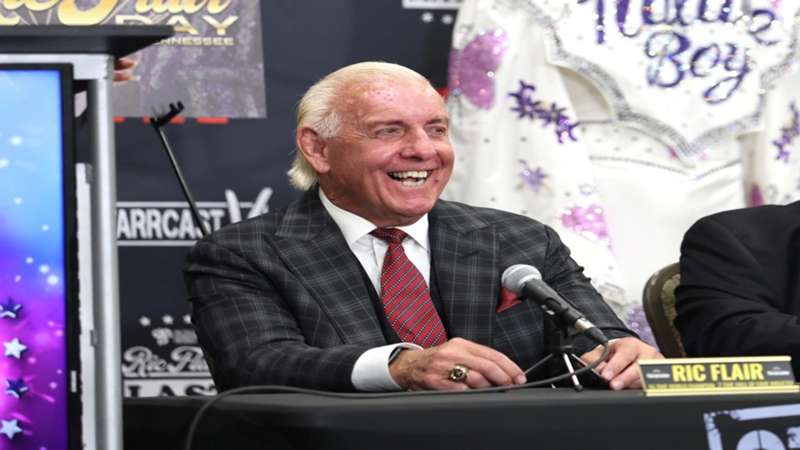 "The Nature Boy" walks the aisle for the last time.

On Sunday, Ric Flair, who many consider the greatest professional wrestler of all time, is set to return to the ring one final time at the event titled "Ric Flair's Last Match", from the Nashville Municipal Auditorium in Nashville, Tenn.

The show's main event features Flair and son-in-law, AEW star Andrade El Idolo taking on AEW star Jay Lethal, WWE Hall of Famer and WWE executive Jeff Jarrett. Flair hasn't wrestled in a match since 2011 in Impact Wrestling. However, he wants to go out on his terms and plans to do so on Sunday.

The event will have matches from various wrestling promotions around the world, including wrestlers from AEW, Ring of Honor, and Impact Wrestling.

Here is everything you need to know about Ric Flair's Last Match tonight.

Ric Flair's Last Match begins with the kickoff show starting at 6:05 p.m. ET and the main show getting underway at 8 p.m. ET. The card is expected to last around four hours.

What channel or live stream is Ric Flair's Last Match on?

Where is Ric Flair's Last Match