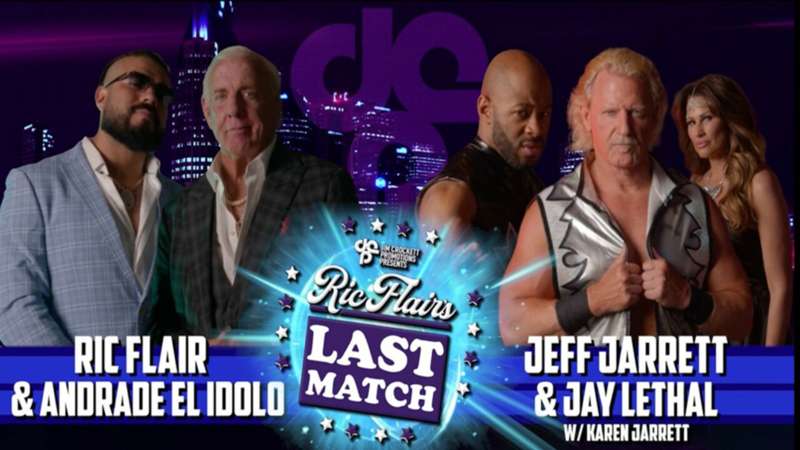 Ric Flair is putting himself in great hands for his final match on Sunday night.

On Sunday, the man who many consider the greatest professional wrestler of all time, Ric Flair, is set to return to the ring one final time at the event titled "Ric Flair's Last Match", from the Nashville Municipal Auditorium in Nashville, Tenn. And Flair is going out in style.

Here is everything you need to know about Ric Flair's Last Match tonight.

Ric Flair's Last Match begins with the kickoff show starting at 6:05 p.m. ET and the main show getting underway at 8 p.m. ET. The card is expected to last around four hours, with the main event beginning at around 10:15 p.m. ET. But, of course, that depends on the length of the undercard matches.

What channel or live stream is Ric Flair's Last Match on?