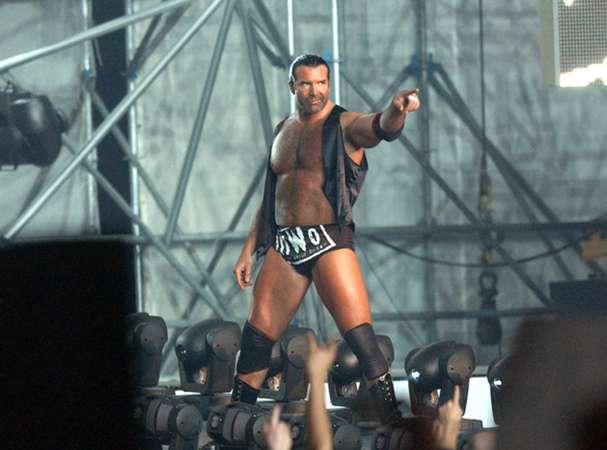 Hall was one of wrestling's most popular stars.

Scott Hall has sadly passed away at the age of 63. A mainstay of professional wrestling throughout the golden period of the mid to late 1990s, Hall was a crucial part of the ‘Monday Night Wars’ that saw WWE and WCW ferociously compete for almost six years.

Starting his career when the territory system was still a prominent part of wrestling, Hall built his experience in various wrestling hotspots such as Florida and the Carolinas. In 1985, Hall joined the AWA in Minnesota where he enjoyed enormous success with Curt Hennig. Hall was considered for a run with the company’s world title, but he opted for a move to WCW.

Carrying ‘The Diamond Studd’ moniker, Hall managed the gimmick superbly as he became a believable heel. His maiden run in Atlanta included feuds with Dustin Rhodes and Ron Simmons, and although he was placed in a solid position on most shows, most believed Hall could offer more. That promise would be fulfilled in 1992 when Hall made the move to WWE.

Inspired by Tony Montana and Manolo from the movie Scarface, Hall debuted in New York as ‘Razor Ramon.’ Strutting to the ring adorned in jewellery with a toothpick in his mouth, Ramon was the perfect fit for Vince McMahon’s larger than life company. An immediate feud with Bret Hart for the WWF world title elevated Hall from the get-go and he would maintain a lofty position within the company for his entire time there, which also included his legendary rival with Shawn Michaels.

In 1996, with Eric Bischoff putting incredible pressure on the WWE, Hall, along with best friend, Kevin Nash, opted to move to Bischoff’s WCW. Playing invaders from McMahon’s company, Hall and Nash, joined by a heel Hulk Hogan, formed the NWO in the summer of 1996. It was a ground-breaking storyline that made WCW America’s premier wrestling company.

Remaining in WCW until their demise in 2001, Hall played his part in establishing Ted Turner’s wrestling arm as a dominant force whilst also battling personal problems such as alcoholism. Hall’s popularity within the business combined with his good nature always ensured that help for his demons was never far away as fellow wrestlers always rallied for him.

Returning to WWE in 2002, Hall appeared at Wrestlemania 18 where he lost to Steve Austin in a short match. This would be the highlight of his second stay in WWE as the issues that had plagued him in WCW had returned. Hall lasted three months as he was released in May. It wouldn’t be long before he would resurface in other companies.

Frequently appearing in TNA, Hall would play a small part in trying to establish Jeff Jarret’s company as a viable rival to WWE following the collapse of WCW. His fame earned from previous spells in WWE and WCW ensured that Hall would always be busy, but spotlight enjoyed in those companies had been dimmed as Hall operated on a much smaller level.

In 2014, Hall would perform one of the greatest speeches ever seen at the WWE Hall of Fame as he was deservedly inducted. Five years later, Hall would receive his second ring when entered as a member of the NWO. His incredible contribution to wrestling was recognised had been recognised by his peers and there wasn’t a single industry figure who disputed his plaudits.

On 14th March 2022, Hall suffered three heart attacks whilst recovering from hip replacement surgery. His life support was switched off once his family could be at his bedside. Hall’s death brought huge grief from those who knew him, and the many he inspired. A significant indicator of just how immense his contribution to professional wrestling was.