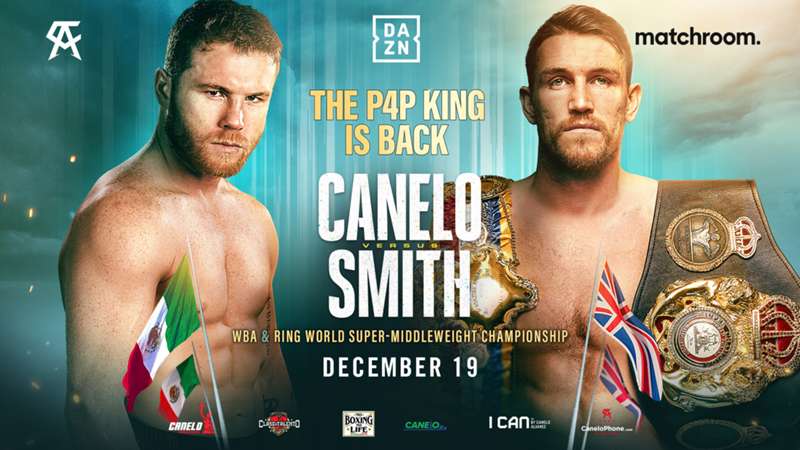 Billy Joe Saunders hopes that Callum Smith will get a fair chance against Canelo Saul Alvarez when the two super middleweights fight on December 19.

Saunders was expected to fight Alvarez this year but the pair were unable to come to an agreement a fight, with the 31-year-old Briton unwilling to fight without more notice out of lockdown.

“I believe they picked Callum Smith. I wasn’t prepared to entertain an offer with six weeks coming out of lockdown. No gyms, no nutritionists around me,” he told Boxing With Chris Mannix.

“I wasn’t prepared to put all that out for a payday. I’m coming for a win. I want to run my mouth and say I told you so.”

Not long left of camp, Roll on Texas in a few weeks! 🇺🇸 @DAZNBoxing #CaneloSmith pic.twitter.com/IjiUefzPHQ

Despite missing out on a fight that he clearly wants to make, for now at least, Saunders hopes that Smith wins.

“I can only congratulate him, and really hope he can use the tools he has to win the fight. I just don’t know if he’s had enough preparation time," he said. “I hope he's working through the lockdown period on how to beat Canelo and hopefully he can get the job done.

“I would like Smith to win, I would love him to win because the Canelo fight is always there, but I’d love him to do the business. If it’s a fair decision he can rightly so pull it off.”