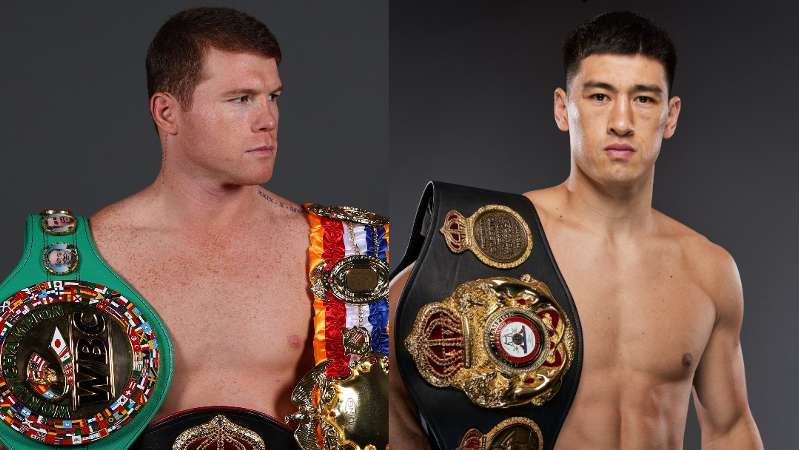 The DAZN Boxing Show broke down Saul 'Canelo' Alvarez's options if he decides to make the move to light heavyweight.

One the many avenues undisputed super middleweight champion Saul 'Canelo' Alvarez could pursue in his next fight is a move up to light heavyweight and attempt to unify all four world title belts.

If the Mexican does decide to move up in weight, this wouldn't be the first time he's competed at 175lbs. Canelo fought and beat Sergey Kovalev three years ago for the WBO title in Las Vegas.

But which of the three world champions at 175lbs would be the perfect opponent for the world's number one pound-for-pound fighter?

"His first test should be against Dmitry Bivol, not because I am overly impressed by what Dmitry Bivol has done recently, he really hasn’t gone out of his way to face top level guys since he fought and beat Joe Smith Jr a few years ago," Mannix claimed on The DAZN Boxing Show.

"But if Canelo is looking to test the waters at 175lbs, Bivol physically is the safest of the opponents.

However, while it maybe uncomfortable for Canelo to face the more dangerous opponents in higher weight classes, the fact Bivol can also fight at super middleweight means the 31-year-old Mexican will not be out of his depth if chooses to face the Russian next.

"Bivol is a 175lb champion who has said over and over again he can fight at 168, he’ll probably be on Canelo’s physical level as much as anyone since he was fighting at 160lbs," Mannix explained.

"He [Canelo] can fight a 175lb champion without having to go all the way up and face one of the bigger punchers at 175lbs."