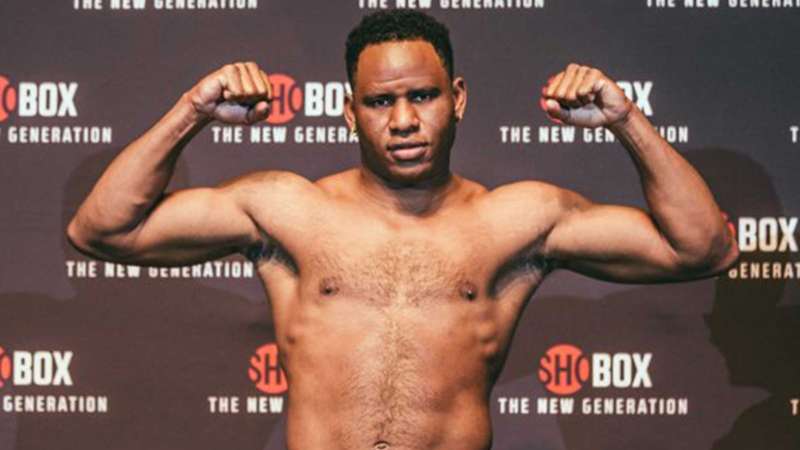 Could boxing's pound-for-pound king one day make the trek up to the land of the giants?

After thrashing Caleb Plant in the first week of November to become the undisputed super-middleweight champion, the question has been, 'what's next for boxing's pound-for-pound king?'

Almost two weeks after his latest achievement, Alvarez trainer Eddy Reynoso was at the WBC convention and petitioned to have his charge being granted the request of moving up to cruiserweight to face titleholder Ilunga Junior Makabu. The proposal was granted. The winner of Makabu and mandatory challenger Thabiso Mchunu on Jan. 29 will take on Alvarez, according to WBC president Mauricio Sulaiman.

Since then, chatter has started about Alvarez potentially one day moving to heavyweight and attempting to get a belt there, with Oleksandr Usyk being the fighter most discussed as a potential opponent. It's hard to imagine that happening because Alvarez's never fought above light heavyweight, which is 175 pounds. The heavyweight division features Usyk, Anthony Joshua, Tyson Fury, and Deontay Wilder. All four carry a sizable amount of power which would appear to be difficult for Alvarez to overcome. But his training partner, heavyweight contender Frank Sanchez, has been inside the ring with Alvarez. He has felt the wrath of his shots. Because of that, Sanchez is of the notion that Alvarez would succeed at cruiserweight and his own weight class.

"Look, I've sparred with Canelo," Sanchez, who battles Christian Hammer on Saturday in the co-main event of the card headlined by Luis Ortiz-Charles Martin, told DAZN News through a translator. "I can tell you with the utmost confidence that Canelo has heavyweight power. He can handle cruiserweight, and in my opinion, he could be a heavyweight champion if he put his mind to it."

Sanchez (19-0, 13 KOs) and Alvarez train at Eddy Reynoso's gym in San Diego. The Cuban has fought twice on Alvarez undercards with victories over Julian Fernandez on the Alvarez-Callum Smith event in December 2020 and Nagy Aguilera on the Alvarez-Billy Joe Saunders fight card in May. Those experiences have been valuable for the 29-year-old.

"Canelo is an absolute stud," Sanchez said. "He's very serious and very respectful both with me and his work ethic. The biggest lesson that I learned from him is the fact that it doesn't matter whether you're training or you're inside the ring, that you got to be serious about your craft, that you got to follow it with passion. That's the main thing that I took away from being around Canelo, someone that I appreciate a lot."

Originally, Sanchez was scheduled to square off with fellow Cuban, Carlos Negron. But Negron tested positive for COVID-19 earlier this week and had to pull out. Hammer (26-8, 16 KOs) was already in town as a standby opponent and stepped up to the plate.

The heavyweight division is loaded at the top. But, despite that, Sanchez feels that if he can get 2022 off to a roaring start, he can secure a title opportunity by the end of the year.

"I don't see why it can't happen next year," Sanchez said. "I know that I have made that leap, that quality leap into the elite level of heavyweight fighters. I'm ready to face absolutely anybody. And I think that the world title shot should be able to come sometime during 2022."