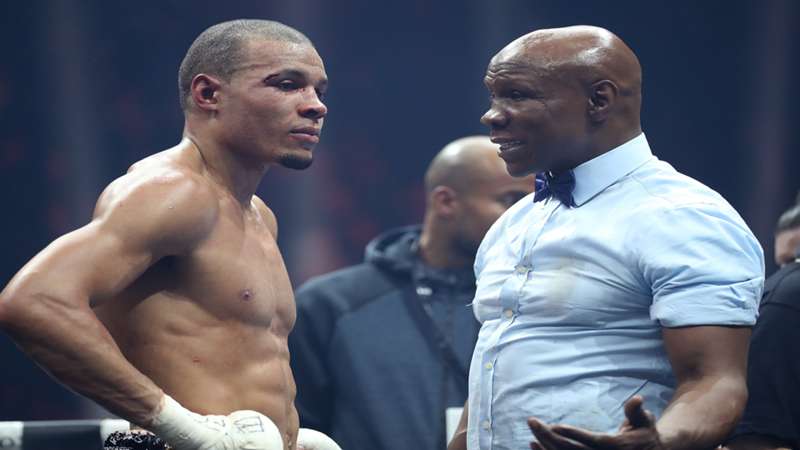 Getty Images
Check your region for Eubank Jr vs. Benn on DAZN

One of the key questions heading into the British mega fight appears to be answered.

When the Chris Eubank Jr- Conor Benn introductory press conference occurred to formally announce their Oct. 8 DAZN PPV (in the UK, Ireland, Australia and New Zealand, and everywhere else around the world can watch with their DAZN subscription) clash, Chris Eubank Sr. was nowhere to be found.

Questions surfaced on whether the older Eubank would be in his son's corner in the biggest fight of his career and one of the marquee tilts in British boxing history. Would Eubank Sr. be in the corner on fight night or just attending the contest, sitting in the front row watching the most significant fight in his child's life? Eubank Jr. was short, quick, and to the point in his response.

"He should be in the corner," Eubank told DAZN. "If you want to find out, you got to tune in."

Eubank confirmed to DAZN that the fight would take place at a catchweight of 157 pounds. Benn will be moving up two weight classes, while Eubank will weigh 157 pounds for the first time in his professional career.

The 33-year-old appreciates his father's concern for him. Eubank Jr. had a conversation with his dad. He told him he's got everything under control and will take care of business against Benn.

"He's worried about the weight," Eubank said. "He knows that it's tough for me to make 160. I don't even walk around that much above 160. I have no body fat. I'm not like other fighters where they can sweat off a couple of pounds. It's very difficult for me to cut weight because I don't carry any weight on me. I'm in shape all year round. I don't go up in weight. So he's worried about it. But I've let him know, ‘Listen, I'm a professional. I've been doing this for a long time. You got nothing to worry about. I'm gonna make the weight, and I'm gonna teach this kid a lesson."