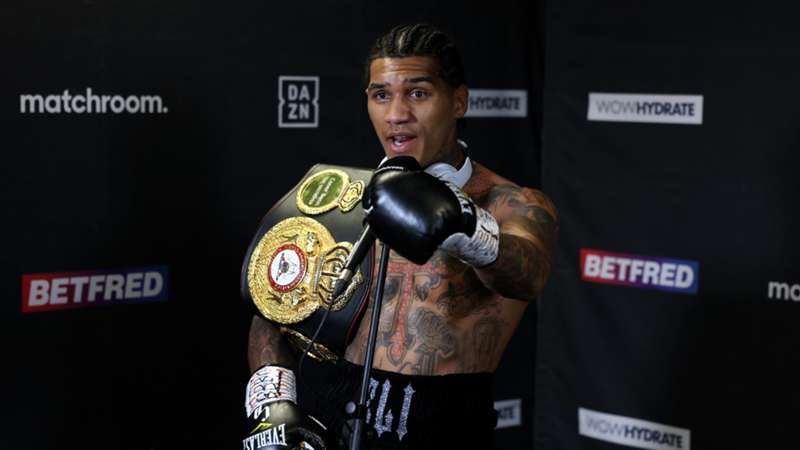 Exclusive interview: Conor Benn's rise has been a success up to now.

If it were up to Conor Benn, the Essex welterweight would be competing against the world’s leading names at 147lbs this weekend rather than Chris Van Heerden. The unbeaten 25-year-old continues his climb up the talent laden 147lbs rankings on Saturday night when he faces the experienced South African in Manchester, a fight being shown exclusively live on DAZN (except Australia and New Zealand).

The meticulous planning in getting Benn to the top spot in the sport has been a masterful one by Eddie Hearn and Matchroom so far. Since beating Sebastian Formella in 2020, Benn’s steady diet of capable operators with world level or world title experience has been one he’s managed with relative ease.

In a weight class dominated by some of boxing’s most dangerous fighters, Benn is eager to test himself against those holding title belts and others deemed as future champions. From Terence Crawford to Vergil Ortiz Jr, every street Benn walks down in future is set to be home of a vicious threat, but despite the purposeful delay getting him there, Benn does understand the reasons behind it.

“I trust the process and I get the process,” said Benn during an exclusive chat with DAZN.

“I get that I’m young, ambitious and that I want to fight King Kong and his dog, but when you take a step back, you see that they haven’t guided me wrong so far. If I wanted to rush myself then all this could've gone pear-shaped.

“I’ve got to take my time, trust my team, and learn. The big fights will come. The hard fights will come. The big challenges will come because it’s inevitable in this sport. We’re taking the steps to ensure that when I do fight these big dogs with big amateur backgrounds and Olympians, I’m ready. I would say that I’m not far off now.”