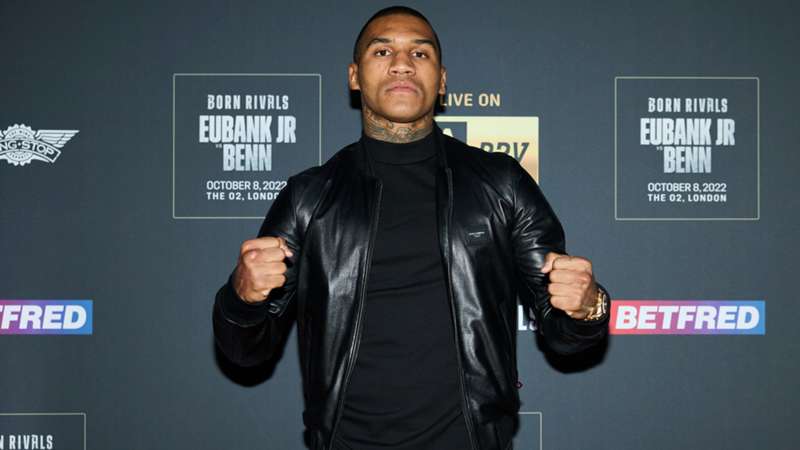 Darren Barker previews Chris Eubank Jr vs. Conor Benn and how it could change Benn’s career in his latest column for DAZN.

Saturday’s fight between Chris Eubank Jr and Conor Benn is one that crosses over to the general sports fan and numerous generations. There will be a lot of eyes on this fight not just in this country, but also across the pond in the US, with both men highly ranked in their respective weight divisions.

What I like to always imagine before a fight is what the atmosphere will be like seconds before that first bell, and I have no doubt that at the O2 come Saturday night it will be absolutely electric.

For Benn, this is a no-lose situation, however knowing him and how competitive he is, the 26-year-old welterweight contender will be fully focused on the victory.

If Benn was to beat Eubank Jr, I believe he will become a superstar due to this fight being fueled by the bad blood which stems from the two fathers.

On the flipside, a loss for Benn wouldn’t be detrimental to his career. It all depends on the manner of the defeat. If he gets obliterated in two rounds, questions will be asked, but if he goes out on his shield and loses a close fight, then his stock is going to rise.

With this fight being contested at a 157lb catchweight, Benn will be going up two weight divisions and I think this step up in weight will benefit Conor. Throughout my whole career I’ve had to make weight, and this takes away from working on the tactics I was looking to employ inside the ring.

You want to enjoy what you do, and when you are having to lose so much, it does take that enjoyment away. This will be the opposite for Benn ahead of his clash with Eubank Jr. He will be able to focus on the game plan for what is his toughest fight yet. Eubank Jr is naturally a lot bigger, possesses a granite chin just like his dad, and can certainly punch.

Benn will still have to lose around a stone just to get down to the agreed catchweight, but not having to lose that extra stone to make 147lbs will help him. He also has a great team around him consisting of strength and conditioning coach Dan Lawarence, and head trainer Tony Sims who I think is the best trainer in the country. They will now be fully focused on the job at hand and getting the tactics right in order to beat the bigger man in Eubank Jr.

When it comes to beating Eubank Jr, there are two gameplans which Benn could implement.

The first is trying to outwork Eubank Jr. That will prove difficult due Eubank Jr’s tremendous engine and the fact that he likes fighters who stand in front of him. But Benn has shown recently that he has terrific head movement and good feet. He can move side-to-side and skip around with real speed in order to create openings, and against Eubank Jr, Benn has to create a lot of angles and make it hard for his opponent to find the target even though he will be stood in front of Eubank Jr.

Being extremely disciplined is the second game plan which could be implemented by Benn. He cannot allow Eubank Jr to push him too far back, certainly onto the ropes or the corners, so Benn needs to be very disciplined on his feet. Benn would need to take the step back, move back round to the centre of the ring, use plenty of faints in an attempt to draw out the lead of Eubank Jr, and keep the output high whilst not getting greedy.

The ideal scenario for Benn would be to implement a combination of these two gameplans as he looks to make it difficult for Eubank Jr to read his rhythm.

If Benn was to beat Eubank Jr on Saturday night, then he would be elevated to superstar status, that’s for sure. He would be a huge draw in any weight division he decides to box in, but it’s all about what his ambitions will be.

Could Benn campaign at light middleweight, or will he move back down to welterweight where he is ranked highly by most of the governing bodies, and push towards that dream of becoming a world champion?

What the future could hold with a win over Eubank Jr will not be on Benn’s mind, I can assure you. He will be fully focused ahead of the biggest night of his career as he looks to rip up the script and prove to the naysayers that despite his size, he can beat the bigger man in Eubank Jr and settle this long-running family feud.