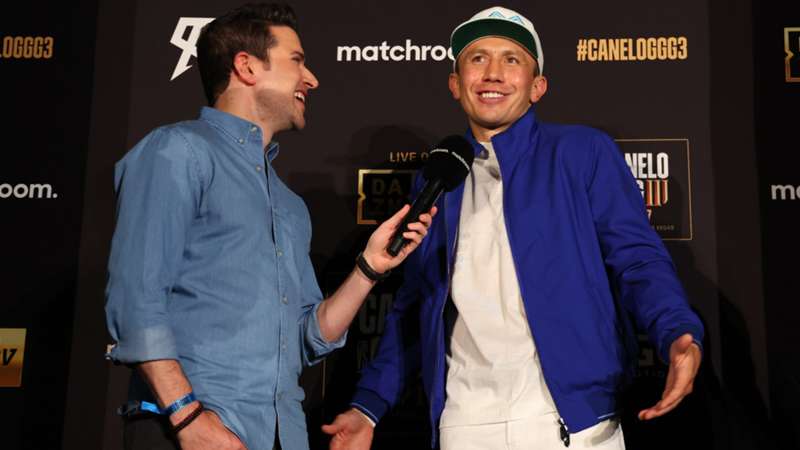 Ed Mulholland/Matchroom
Check your region for Canelo vs. GGG 3 on DAZN

Darren Barker casts an eye over Gennadiy Golovkin’s legacy ahead of Saturday’s trilogy fight against Canelo Alvarez in his latest column for DAZN.

Regardless of the result and regardless of what has been said recently (Editor's note: GGG told media this week that he doesn't intend to retire after the trilogy bout), I truly believe Golovkin will not fight again after this.

So, expect the hard-hitting Kazakh to leave everything in the ring on Saturday.

At the age of 40 with everything he has achieved, the money he has earned and all the accolades that have come with his glittering career, what is there left for GGG to do?

I don’t expect him to make a move up to light heavyweight or anything along those lines, so Golovkin will be looking to bow out with a win against an opponent which has been the only disruptor in an otherwise flawless career.

If Golovkin is to overcome Canelo in Las Vegas this weekend, work rate will be key. In Canelo’s previous fights with Sergey Kovalev and Billy Joe Saunders, their ability to use clever footwork and keep busy at times frustrated the Mexican star, and Golovkin, whose footwork is underrated in my opinion, should implement a similar strategy.

GGG is much better coming forward so he would need to fight in a similar way to the first fight by being aggressive, staying on the front foot and implementing a high work rate.

If Golovkin can out-work Canelo, then he’s got a chance of beating him. It was a moment of magic against Kovalev which stopped the Russian in his tracks and the same with Saunders where a tremendous uppercut signalled the beginning of the end for the Brit, however, as Golovkin has often proved, he has a granite chin and therefore will not be an easy opponent to take out.

When it comes to pressure ahead of a career defining fight such as this, Golovkin is experienced in dealing with these big moments, even during his time as an amateur, but with the implications of what a win over Canelo would do for his legacy, this will be a different type of pressure on Golovkin in the build-up to Saturday night. However, this will be something that the 40-year-old veteran will thrive off and if he can use those nerves in a positive manner, it may just bring out one last ‘Big Drama Show’.

When it comes to how Golovkin will be remembered irrespective of Saturday night's result, he will have a legacy that will stand the test of time.

He had a successful amateur career, and when we both boxed at the same world championships in 2003, Golovkin was someone everyone knew about. Even back then Golovkin was a dangerous fighter, he had a Mike Tyson aura about him, and while he may not have had the same personality as Tyson, there was still an energy that surrounded Golovkin whenever you walked past him in the arenas and everyone was petrified.

When I was fortunate to watch Golovkin as an amateur, it was clear that one day he was going to light up the sport of boxing. His style hasn’t changed a great deal since his amateur days which was all action as Golovkin always looked to land the big shot and that is ultimately what has made him a huge success and a fan favourite.

It has been a tremendous career for Golovkin who has captured the imagination of boxing fans across the world and many will be hoping he finally gets the win he deserves over Canelo after spending 16 years applying the sweet science.