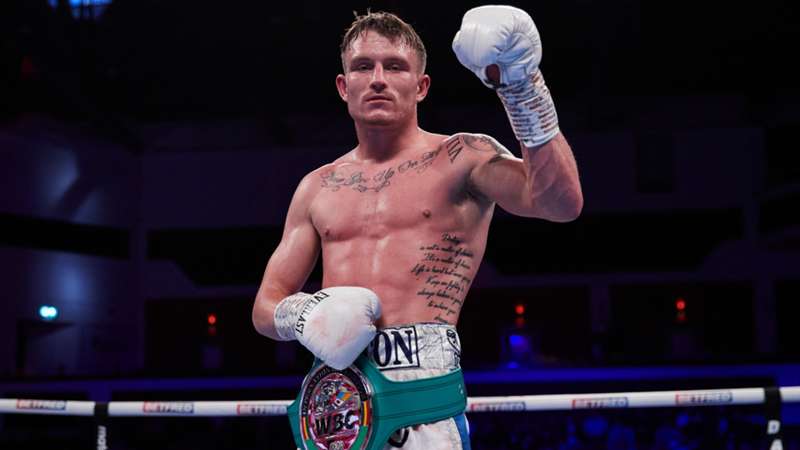 In his first column for DAZN, Darren Barker reveals what the future may hold for Dalton Smith if he beats Sam O’maison on Saturday nighT.

On Saturday night we will see a special talent in Sheffield’s Dalton Smith (11-0, 9 KOs) step into the ring once more when he takes on city rival Sam O’maison (17-3-1, 7 KOs) for the vacant British super lightweight title.

If British fight fans haven’t watched him already, they need to watch him. He’s a natural talent and his ability is something we don’t see very often in the sport. Smith’s style has a bit of everything, exceptional footwork and defence, and great shot shot selection, but he is by no means the finished article.

Smith may only have 11 professional fights under his belt ahead of Saturday’s clash with O’maison, but he is someone with plenty of experience stemming from his days as an amateur which saw him travel around and shine at really tough tournaments.

This will be the first time Smith has headlined a show in his home city of Sheffield, and while for some fighters performing in front of a home crowd can be too much, I expect the 25-year-old to thrive off the huge weight of expectation on his shoulders and use it to a positive effect.

There are a number of routes for Smith to pursue if he gets past O’maison on Saturday night.

He could either defend the British title, go for European honours or try and get a good ranking with one of the four governing bodies. If I was Smith’s manager or promoter, I would like to see him defend the British title at least once. When looking back on my career, I regret not defending the British title when I had the chance, instead I went to pursue a European belt, and for Smith there are still plenty of big fights on the domestic scene against the likes of Lewis Ritson and Robbie Davies Jr.

But if Smith wants to continue progressing his career, I expect him to take a European fight after O’maison.

When it comes to the fight itself, I believe it will reach the latter stages. O’maison is a tricky southpaw who knows how to move, use his jab and is difficult to catch clean. It’s imperative that Smith remains patient, and as the rounds go by I expect his class to shine through with vicious body shots which will slow down O’maison and result in a late round stoppage.

Some fans will get excited about the prospect of fights against Ryan Garcia and Teofimo Lopez if Smith gets the win on Saturday, but in my eyes he needs at least another five fights before facing names of that calibre. The likes of Garcia and Lopez are not just the top names in the division, but also in the sport of boxing.

Smith is an exceptional fighter who has got everything, he’s still learning and all he needs now to become a serious force is experience at the top level. A few defences of the British title, a European title fight, then followed by fringe world level or gatekeeper opponents would be the right path Smith, and if he passes those tests with flying colours, I’d give him a good chance of winning a world title in the not so distant future.