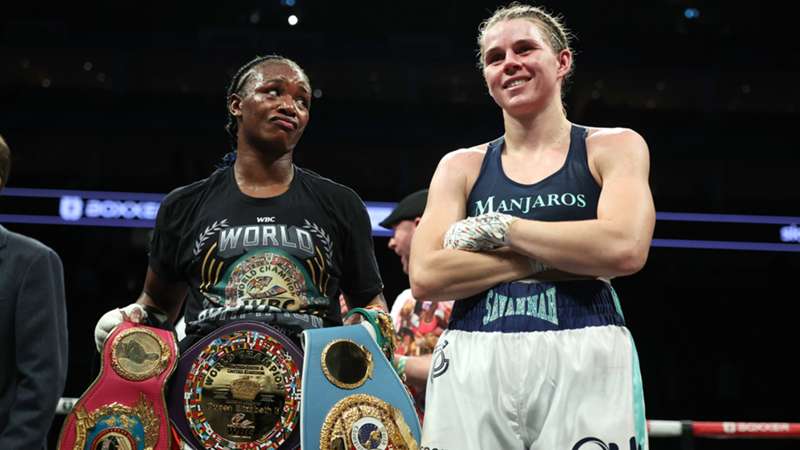 Darren Barker looks back at another marquee night for women’s boxing in his latest column for DAZN.

Saturday night’s all-female card at the O2 Arena, headlined by the undisputed middleweight clash between Claressa Shields and Savannah Marshall, certainly lived up to the hype. It was a fantastic fight and a lot of credit has to be given to both women who laid it all on the line, those in attendance certainly would not have left the arena disappointed.

Despite the five-week postponement due to the passing of Queen Elizabeth II, the war of words between Shields and Marshall continued to simmer, and the extreme confidence shown by both was evident come the first bell on fight night.

Shields produced an accomplished display in her win by boxing very well on the back foot, but credit has to be given to Marshall. She was the aggressor during the fight and did exactly what I expected her to do, however I felt that she smothered her work a little too much and often fell short with her shots which played into the hands of Shields.

Many expected this fight to be a classic ‘Boxer vs. Power-Puncher’ matchup, but from the opening bell Shields came out swinging and I wasn’t surprised. With so much on the line, neither fighter wanted to show any signs of weakness hence why Shields and Marshall immediately met in the centre of the ring.

As the fight progressed, Marshall was slowly getting on the front foot, but Shields didn’t have to go looking for her due Marshall’s decision to fight up close. If Marshall fought the contest at an arm’s length, she would have a bit more success. However, Shields was impressive on the backfoot and this performance showed fans why she calls herself the ‘GWOAT’.

Despite Shields showing signs of tiredness in the middle rounds, the multi-weight world champion managed to keep control of the fight. The fact that Marshall frequently kept coming too close to her opponent allowed Shields to lean on the 31-year-old, who was struggling to get into any kind of rhythm which was a prime example of Shields’ big fight experience.

As ever with an epic fight such as this, there are calls for a rematch and that’s exactly what happened when Shields was declared the winner on the judges’ scorecards, and there are plenty of areas for Marshall to improve on. Firstly, she cannot afford to get too close, instead get behind the jab, establish a rhythm, and then try to land the backhand.

Marshall also needs to use plenty of feints, draw out the lead hand of Shields and wasn’t afraid to exchange on Saturday night. But while it may prove difficult to apply these changes against someone who is as talented as Shields, Marshall can take a lot of confidence from the fight. The American was quick to label Saturday night’s fight as the toughest fight of her career so far, so there is a lot to build on for Marshall if the two were to meet again.

Following this fight on Saturday night, some have been calling for women’s boxing to include three-minute rounds, which I do understand, but the two-minute rounds currently in place have produced some unbelievable scraps because the fighters simply cannot afford to take their time, so while fans may want longer rounds, it could take away from the thrilling entertainment women’s boxing can provide.

Finally, as the dust settles on this historic night, it’s safe to say that this has been a breakthrough year for women’s boxing which is now established as a major aspect of the sport as a whole. Some of the action we've been lucky to witness has been so impressive, and I now don’t look at it as women’s and men’s boxing, it’s all just boxing to me.