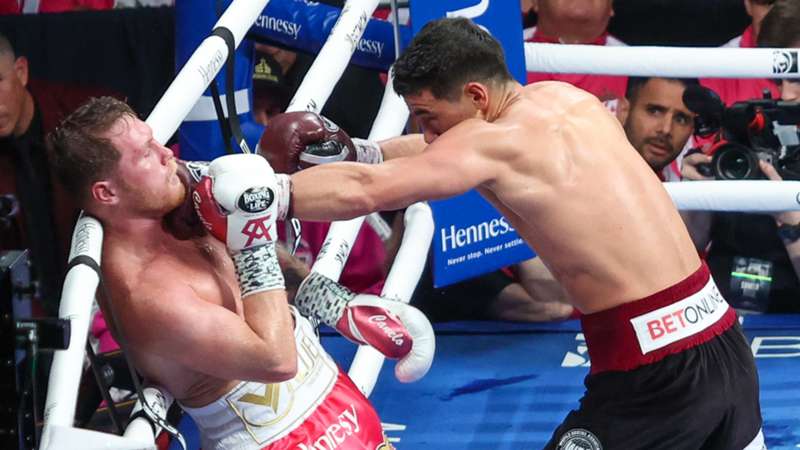 The DAZN light-heavyweight rankings are out.

Boxing’s light-heavyweight’s division is once again the talk of the town as Dmitry Bivol shocked the world to outpoint Canelo Alvarez in May.

With Artur Beterbiev set to face Joe Smith this summer, and Joshua Buatsi closing in on a world title shot if he can get past Craig Richards, a number of intriguing possibilities lay ahead at 175lbs.

A stunning result in May to remove Canelo Alvarez from atop the P4P rankings, Dmitry Bivol demonstrated his qualities to take a deserved points verdict over the Mexican icon. The unbeaten 31-year-old has been at the business end of the 175lbs since becoming interim world champion in 2016. His dominant victory over Canelo, a win few seen coming, moves him to the number one spot at light-heavyweight.

Arguably boxing’s biggest puncher, Artur Beterbiev has amassed a stunning record that has seen him score 17 stoppages from as many contests. With a unification showdown with Joe Smith on the horizon, Beterbiev can secure himself another world title before surely focusing on a contest with Dmitry Bivol where the world would be treated to a stunning 175lbs battle with every belt on the line.

Joe Smith is a fighter who has come up the hard way, but he now stands a chance of becoming a unified champion when he faces Artur Beterbiev in June. Since losing to Dmitry Bivol in 2019, Smith has rebounded brilliantly with four wins including capturing the WBO title against Maxim Vlasov in 2021. Will Beterbiev be a step too far next month or will Smith continue his unlikely climb up the ratings?

A former ruler at 168lbs, Gilberto Ramirez appears to have brought his impressive form to light-heavyweight. Several impressive wins against the likes of Sullivan Barrera and Yunieski Gonzalez have got people buzzing about Ramirez again, and a world title shot in his new weight class looks especially after stopping Dominic Boesel in May.

A veteran at both light-heavyweight and cruiserweight, Maxim Vlasov is very much still a contender at 175lbs. The 35-year-old was set to face Britain’s Joshua Buatsi last year in a fight that would've told us plenty about both men, but the bout was postponed. Vlasov pushed Joe Smith close last year when competing for world honours, but he’ll still believe he can capture one as he plots his next move.

An interesting scenario is playing out in Britain where a number of leading fighters are desperate to put themselves in title contention. Callum Smith, Callum Johnson, Anthony Yarde, and Joshua Buatsi will all be hopeful of competing for world belts before 2022 ends.

Marcus Browne has already proven himself at the highest level, but can the brash New Yorker find it within himself to go again? His loss to Artur Beterbiev last December was a brutal one, and it may be the type of fight that a boxer doesn’t really recover from.

And what about Canelo Alvarez? Is his dream to be world champion at light-heavyweight over? Or is it just on hold as he looks to pick himself up from his loss to Dmitry Bivol?