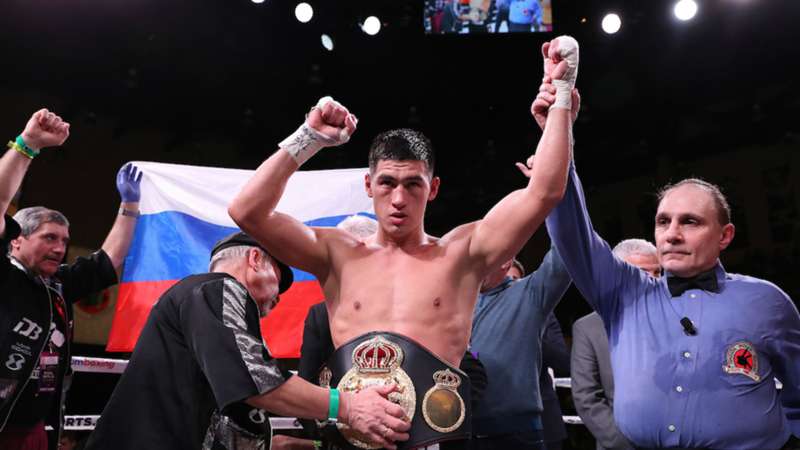 Are we closer to a unification bout in the light heavyweight division?

During the lead-up to his Dec. 18 bout with Yunieski Gonzalez, Gilberto Ramirez (43-0, 29 KOs) made it clear he would have preferred to face WBA (super) light heavyweight Dmitry Bivol.

Ramirez told DAZN News his team at Golden Boy Promotions offered the fight to Bivol, but the native of Russia turned it down. Both guys took care of business in their respective contests in back-to-back weeks. First, Bivol dominated Umar Salamov to win a lopsided decision. A week later, Ramirez took care of his end by stopping Gonzalez via tenth-round TKO to become the mandatory challenger for Bivol. According to the 31-year-old, when he was offered to defend his belt against Ramirez, he already had a bout scheduled in his home country. On top of that, Bivol claims his team made overtures to "Zurdo" for the fight to occur in Russia but were rebuffed.

“When we were offered to fight Ramirez in California, I already had a deal done for a fight in Russia,” Bivol told RingTV.com. “I know for a fact that my team did offer Team Ramirez to fight me on December 11th in Russia, and the purse offered was about the same as what I was offered to fight him on a [Golden Boy Promotions] show. He turned down the offer.”

The knock-on Bivol as of late is that he doesn't want to battle the best the 175-pound division has to offer, which consists of Ramirez, IBF/WBC titlist Artur Beterbiev and WBO titleholder Joe Smith Jr. Bivol insists that isn't the case and wants to test his skills with the elite.

“My motivation and my ambitions have not changed for a long time," Bivol said. "I want to fight the best. I want to prove that I am the best in my division.”