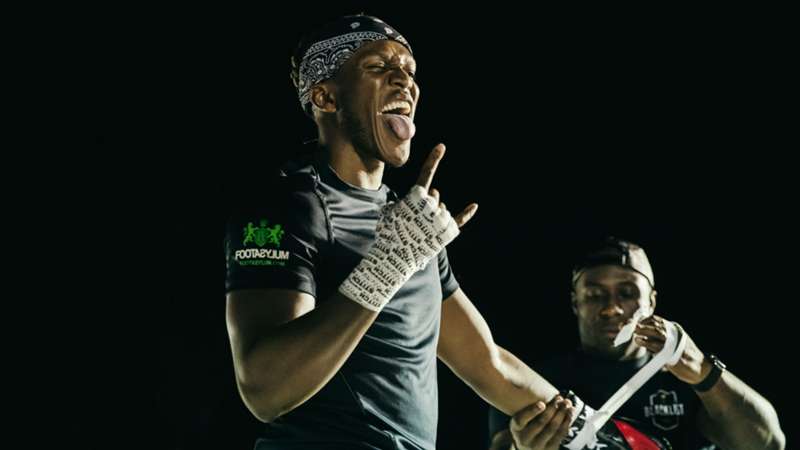 Amanda Westcott / DAZN
Check your region for KSI vs. Alex Wassabi on DAZN

King Kenny told The DAZN Boxing Show YouTubers have a positive effect on the sport.

Boxing fans are passionate about their sport and not afraid to speak their mind on a myriad of issues.

One such issue which can split the fanbase is the legitimacy of boxing events using YouTubers. Jake Paul has gone out of his way to try and cement himself as an outright professional boxer, but he is still often met with critics.

Celebrity boxing however is set to reach new heights when KSI takes on Alex Wassabi at London's O2 Arena on August 27 live on DAZN.

As ever, those against the event had made their voices heard, but when speaking on The DAZN Boxing Show, YouTuber King Kenny, who will feature on the undercard for this event, believes fighters taking part should be given credit.

"I don’t think it’s a good thing," Kenny responded when asked about the negative comments made around such events.

"I think people should look at us as people who take the sport seriously.

"YouTubers bring more eyes to the sport, so they should look at it as a good thing, especially if we’re putting in the work to train and take the sport seriously."

The ability of opponents is often under the microscope, for example, two of Paul's past opponents, Ben Askren and Tyron Woodley have been UFC fighters turned boxer who were met with critcisms about handspeed, but Kenny's opponent next month, Faze Sensei, explained why the boxing skills of MMA fighters shouldn't be underestimated.

"It depends on the martial art, it makes sense because if your martial art isn’t teaching that you’re not going to have handskills," Sensei said.

"My dad was my instructor, he was the owner of our school, he grew up as an amateur boxer so in our system, boxing is a big part of it, not the sport, we don’t have boxing ring in this dojo.

"Whenever I train in a specific sport, I train in those gyms, but if you train at boxing, you’re going to be good at boxing."