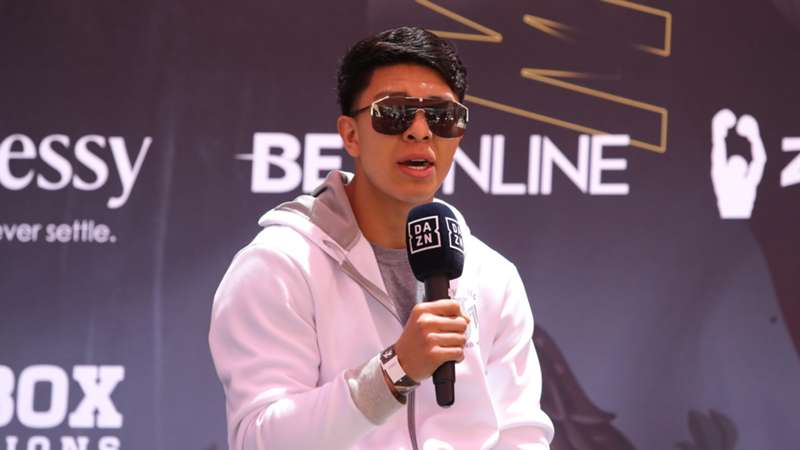 Golden Boy Promotions
Check your region for Eubank Jr vs. Benn on DAZN

The middleweight wants a shot at the title.

If plans remain as they are, the young former world champion Jaime Munguia will return in early November, with the intention of getting a victory that leaves him in a very good position for 2023 and fight for another world title.

However, the clock is ticking and to avoid any kind of surprise, the entire team is already starting to quicken the pace and getting ready, regardless of the opponent.

"We are going slow, because we have not defined where we will fight, nor against whom. Don't ask me why, because I'm not in charge of that," said former champion Erik Morales, in charge of Munguia's corner, in interview with DAZN News.

"But what I do know is that I have the mission to press the accelerator in the preparation to be able to fight in November, and it probably will be in Mexico. It's not as chaotic as it seems, because it's a good time to work on a little bit of everything,"

Looking ahead to that long-awaited world title fight, for which he has waited nearly three years, the undefeated 25-year-old knows that he is already close and one of his priorities is the Kazakh champion, Gennadiy Golovkin.

"Thinking about a world championship fight now is unrealistic, as Gennady Golovkin just fought and we don't think he's going to step into the ring until next year. We have to wait to see how things fall into place because the WBA ordered a mandatory," explained the trainer and hall of fame member.

"We want anyone, but we want to get one... whoever it is. Jaime is in a very good moment, he is very strong and ready. We know [Jermall] Charlo is hard to land, but there is the WBO champion (Janibek Alimkhanuly) and GGG. We understand that sometimes you can win or lose, but we are covering all the elements. But 2023 will be our time, now, now."