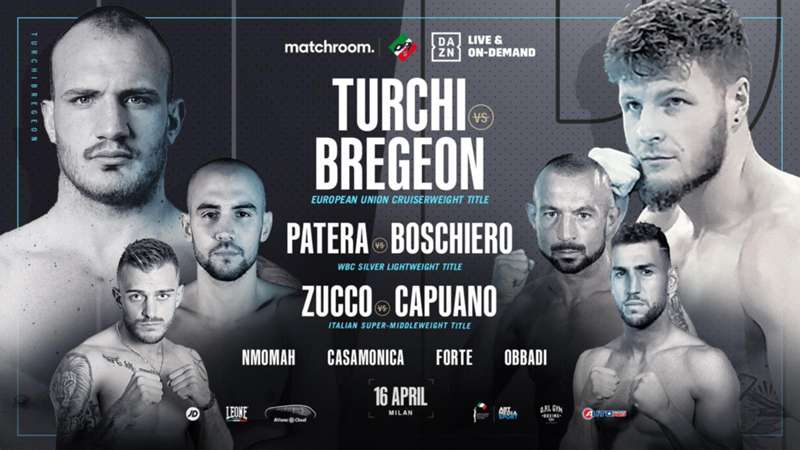 Turchi especially came on strong during the championship rounds to have his hand raised.

As much as Dylan Bregeon was able to keep Fabio Turchi on the outside with his jab early, Turchi kept moving forward and digging away.

The industrious effort earned Turchi a unanimous decision over Bregeon to win the European Union Cruiserweight title Friday night. All three judges in Milan, Italy, and live on DAZN, scored the bout 115-113 in favor of Turchi, who improved to 19-1 with 13 KOs.

After being kept on the end of Bregeon's jab over the first half of the fight, Turchi plugged away and started closing the gap — even if it meant eating punches while doing so. His relentless effort really paid dividends in the 10th round, when he lunged forward and hit the French fighter with rapid left-right combinations.

As the championship rounds continued in the 11th, Turchi only got stronger, lunging once again with a quick left-right-left combo that put Bregeon up against the ropes. That same round included a clashing of the heads that opened up a gash over Bregeon's left eye.

The two fighters gave it their all in the 12th and final frame, before judges ruled in favor of Turchi, who pumped his right fist in jubilation upon hearing their verdict.