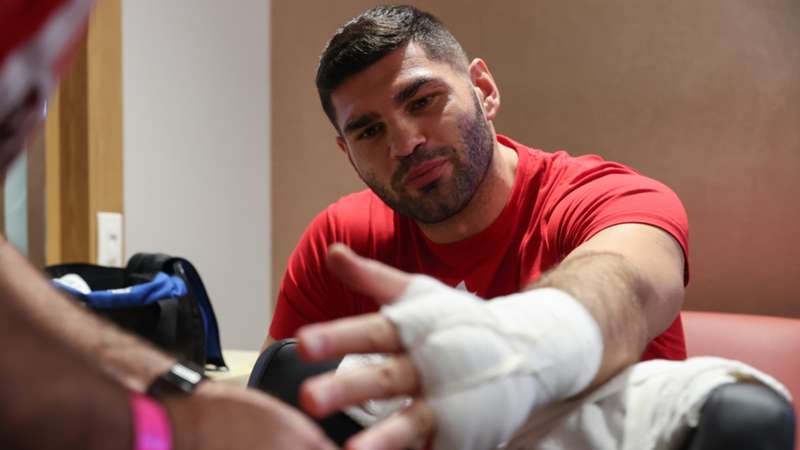 Filip Hrgovic made light work of Marko Radonjic on Friday night in Austria at an event which aired live on DAZN in all but a handful of countries worldwide.

Hrgovic, an undefeated and ranked heavyweight contender who holds the IBF's 'International' title, scored six knockdowns in just four rounds before the main event was called off well ahead of the scheduled 10.

A big right hand in the opening round scored the first knockdown, before Radonjic was dropped a further three times in that stanza. The official allowed the bout to continue, however, and a fifth knockdown by Hrgovic came in round two.

From there, the underdog was able to avoid serious danger for a little while but knockdown six early in round four was the one that compelled the ref to end matters.

On the undercard, John Ryder halted Slovakia's Jozef Jurko in the fifth round of a six-rounder while prospects Dalton Smith and John Hedges also picked up additional victories.

You can watch highlights of Hrgovic vs. Radonjic below, and rewatch the card in full at any time with a DAZN subscription (except for viewers in Croatia, Serbia, Montenegro, Kosovo, Slovenia, Bosnia & Herzegovina, and Macedonia).