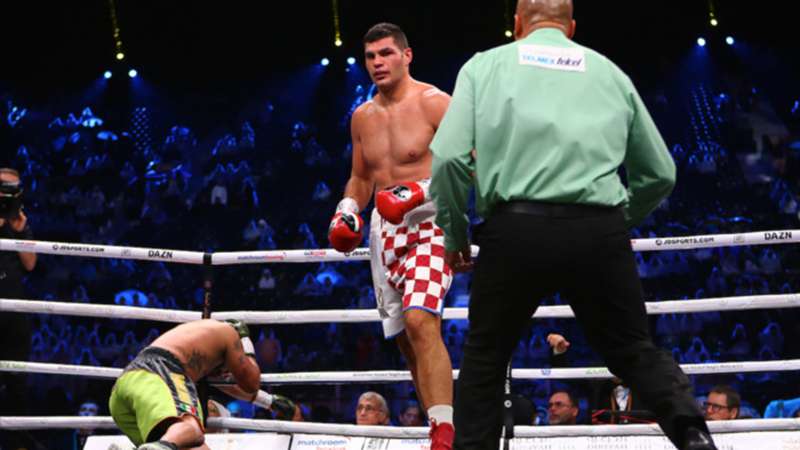 The Croatian heavyweight returns to the ring on December 4th.

Filip Hrgovic is ready to test himself against the leading names at heavyweight. Following a successful amateur career that included multiple honours at prestigious tournaments, Hrgovic made the inevitable move to the professional ranks in 2017 and his apprenticeship is almost up.

On December 4th, as a chief support act to Devin Haney’s world lightweight title defence against JoJo Diaz, Hrgovic will take on Scott Alexander, live on DAZN. If successful, Hrgovic is ready to take a giant leap up the heavyweight rankings, and he believes the time is right to test himself against the division’s leading names.

“I’m ready for them all. Tyson Fury, Oleksandr Usyk, and Anthony Joshua,” said Hrgovic during an exclusive chat with DAZN. “These are fights I’d like to happen in 2022 and I’d be more than happy to back myself against all of these fighters but I’m not sure if these fights can be made.

“If I have to wait longer for these fights then there’s plenty of other fighters in the division who I could fight that could get me into a position to fight Tyson Fury or Oleksandr Usyk. There’s a number of fighters below the top guys that I like the look of so if the biggest fights can’t be made then I’d be happy to take on the fighters just below them.

Despite possessing grand targets within the sport, one opponent consistently linked with Hrgovic is his fellow Croatian, Alen Babic. A regular fixture on Matchroom shows in the U.K., Babic has blasted his way through a selection of domestic level opponents, which has earned him some popularity in the sport.

With both fighters representing their nation with immense pride, a fight night in Croatia in front of a huge crowd would do decent business for all involved. With Hrgovic setting his sights as high as possible, does a meeting with Babic provide him with any desire at all?

“He’s enjoying his five minutes of glory at the moment but he knows he can’t beat me. Why would I want to fight him? His talk about me is just for him to use my name for himself. It would be one of my easiest fights and I think he knows that too. I only want big fights next year so a fight against him [Babic] is not what I’m looking at.”