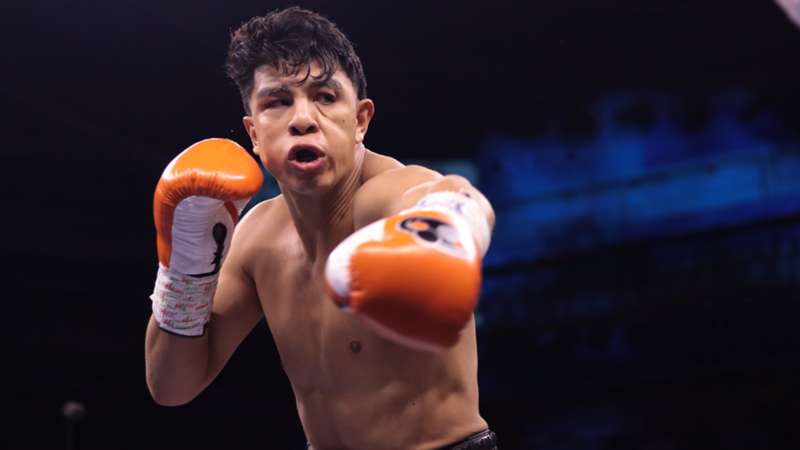 The Mexican was relentless against the Argentinian contender.

Jaime Munguia did not jeopardise his position for the world middleweight title fight he has been waiting for three years and in less than nine minutes ended the hopes of Argentine Gonzalo Coria.

In the Astros Arena in Guadalajara on Saturday night, the former Mexican champion produced a stunning third round knockout in a fight that was broadcast worldwide on DAZN .

Munguia, who hopes to face Gennady Golovkin or Jermall Charlo for a world championship in the first half of 2023, showcased his punching power and proved he is ready to challenge for a world title once more.

Training under the watchful eyes of the former world champion Erik Morales, Munguia showed a great improvement in his skills with more control in his combinations and better management of the space inside the ring.

With this result, Munguia improved his record to 41-0 with 33 knockouts and declared himself ready to finally attempt becoming a two-weight world champion.

Re-live the highlights from an eventful night in Guadalajara below.

Munguia hints returning in May

@jaimemunguia15 I feel very confident if he wins tonight on @DAZNBoxing that I can make a Charlo fight 1st quarter of next year. #iloveboxing

The mexican with a long combination brokes Coria´s nose and bleed.

Four blows to the liver and Coria can't lift his knee off the canvas. Munguia finished Coria easily

facebook twitter whatsapp
Munguia increases the attack, with more stability and selective with his blows. Coria - boxing on the outside - was caught with a straight right hand visits the canvas. Got up to continue the fight, but with a lot of clinches to keep him safe.

facebook twitter whatsapp
A round of analysis and distance adjustment, Munguia with a couple of important straight punches to the face. Coria with jabs to the face

facebook twitter whatsapp
The former Mexican champion (26) arrives with a record of 40-0 with 32 KOs and the intention of going for a world championship opportunity in the first half of 2023.

facebook twitter whatsapp
The Argentinian (25) comes with a record of 21-5 with 8 KOs and a desire to cut Jaime Munguia's streak.

The time has come!

Despite two knockdowns (round 2 and 6) Argi Cortes rescued a victory over local Erik Lopez. An important factor was the deduction of a point to "Habanerito" Lopez for rabbit punches.

In an 8 round fight, Diego "Azabache" Torres became 16-0 with a 4-round KO over Hector Osorio.

In a 10 round fight, the Mexicans Benito "Canelito" Sánchez and Jose Garcia left the ring with a draw

​The night of boxing has already begun in Guadalajara, Jalisco, awaiting for Jaime Munguía.

While the fans enjoy the support fights, the former champ is recharging his batteries with his family and his biggest inspiration: his grandmother.