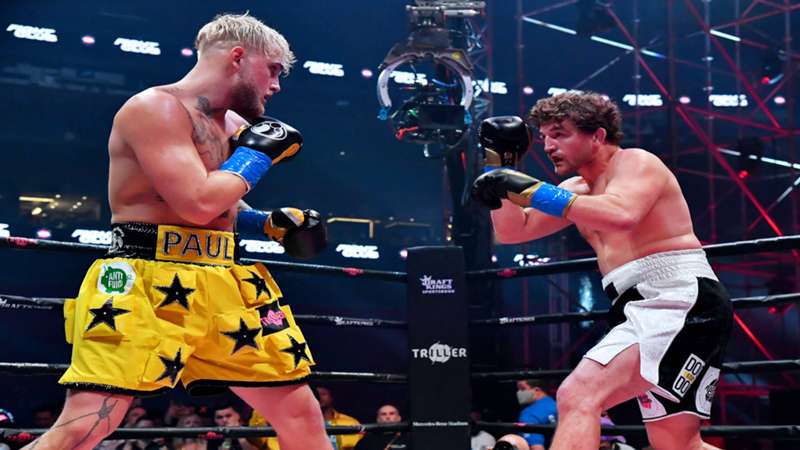 We learned a fair amount about the Jake Paul vs. Ben Askren fight card.

The Jake Paul vs. Ben Askren spectacle concluded on Saturday evening with a thudding knockout by the social media influencer to the former UFC star less than two minutes into the contest.

Everything about the event was different than your standard boxing show. You had musical performances by Justin Bieber, Snoop Dogg, and Ice Cube mixed with a slap fight that featured pro wrestling icon Ric Flair as the referee and intertwined with four boxing matches with men from sports, music, and even a billionaire.

As the dust settled from Mercedes-Benz Stadium in Atlanta from the fireworks show in celebration of Paul's victory over Askren, what did we learn in the four-plus hour show?

One of the more significant questions heading into his third contest as a professional boxer was how Paul would fare against someone who actually had a combat sports background and not a fellow YouTube personality or a former NBA player.

What the 24-year-old showed was good composure, a decent jab, and some power with his right hand.

Does that make him a future world champion? Not at all. But what he did prove was that he possesses some of the necessary tools and fundamentals to succeed. He's worked and gained tips from the right people like former world champions Shane Mosley, Zab Judah, and Evander Holyfield.

Paul claims his love for boxing is real and that he's taking it very seriously. Based on who he has been learning from, that statement is true. He wants to be taken seriously. You can hear it in his voice. He wants to be accepted as a legitimate boxer and combat sports athlete.

To gain respect, though, the man with 24.4 million followers on social media needs to take a significant step up in competition. Paul needs to face a legitimate boxer or an MMA fighter with a boxing background to prove he's the real deal.

It's easy to wipe people out who have absolutely zero boxing ability. Paul can be good for boxing as he has the looks, charisma, and a large following which would bring a lot of eyeballs that have been missing from the "sweet science" for quite a long time. He's got the chance to prove to the world that he's more than cherry-picking opponents.

But it's going to be up to him to decide what he truly wants to be in the sport of boxing.

It was a good and bad night for MMA

You will look at the headline above and wonder how that is even possible with Frank Mir getting dominated by Steve Cunningham and Askren getting violently knocked out.

For starters, Mir put up a better showing than many expected due to him being 41 and never having a professional boxing match. Yes, the former two-time UFC heavyweight champion lost and got outclassed. What he exemplified was a warrior spirit for 18 minutes. He was bloody and bruised, but he continued to plow forward like the true champion he is.

And what happened with Askren is the outcome many pundits expected. Paul and his team chose Askren for a reason. He isn't even close to a great striker. Where Askren gained respect is the fact he did take it seriously. Rocky montages aside, one doesn't go to Hall of Fame trainer Freddie Roach's gym for the heck of it and because they are bored. Askren sold the fight exceptionally well, and even though he isn't about wanting more notoriety, he helped his brand immensely.

Another reason MMA won is the fact Askren and Mir got paid extremely well. After the pay-per-view buyrate comes in, Askren will clear a million dollars, and Mir made $350,000 for his efforts.

Fighters in MMA wouldn't have to think about giving boxing a try if promotions would pay them fair value instead of short-changing them and forcing them to go a different route and potentially suffering a career-threatening injury.