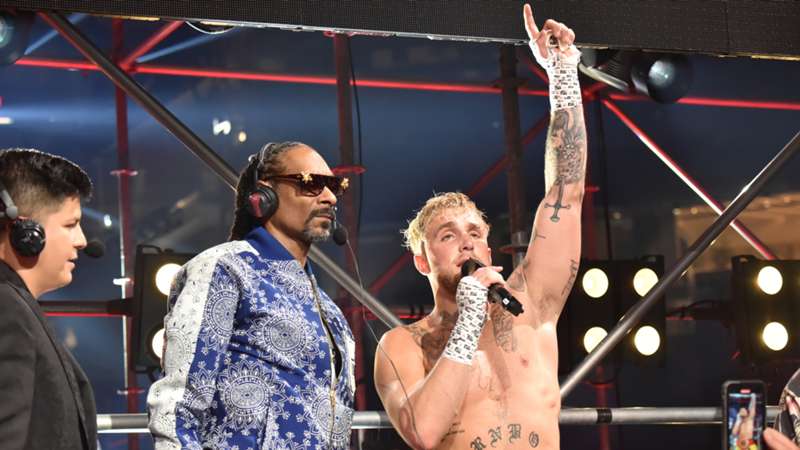 Who is the betting favourite shortly after the bout was confirmed?

It was confirmed on Tuesday, following reports on Monday, that Jake Paul's fourth venture into professional boxing will be against another MMA star, former UFC welterweight champion Tyson Woodley.

Paul knocked out an MMA fighter in his last outing back in April in the form of grappling specialist Ben Askren. He will face Woodley on August 28 in an attempt to go 4-0 following wins over Askren, ex-NBA player Nate Robinson and fellow YouTube star AnEsonGib.

So, what do we know so far?

Woodley's long-time manager Malki Kawa told MMA Fighting that Paul and his team have insisted on a rematch clause, should the MMA fighter come out on top in August. According to Kawa, it speaks volumes to the threat the 39-year-old poses.

“Jake Paul’s team negotiated an automatic rematch clause,” Kawa revealed. “That’s how much this is a scary fight to them. If we win this fight, if Jake Paul wants it, then we have to run it back with him.”

Kawa also confirmed what many suspected: Woodley will be paid very handsomely regardless of result.

“He’s getting paid really well,” Kawa said about Woodley’s contract. “It’s one of the best deals I’ve ever done.

"For a guy in his situation, it was a tremendous deal. He’s getting a large base number. He’s getting a cut of the pay-per-view globally. He’s participating in a lot of different things. He should walk away with a multi-million dollar payday. His base guarantee is in the millions already.

"Add on all the extra stuff, it’s a really nice payday."

Within 24 hours of the fight being made official, Betway released odds on the outright result:

Paul is the slight favourite at this stage, which is a testament to how seriously many are taking Woodley's chances compared to Askren. You'd need to spend £40 to win £30 plus get your take back. Woodley, meanwhile, has only slightly better odds than 'Evens' at present. A £20 would yield £21 plus your initial stake back.