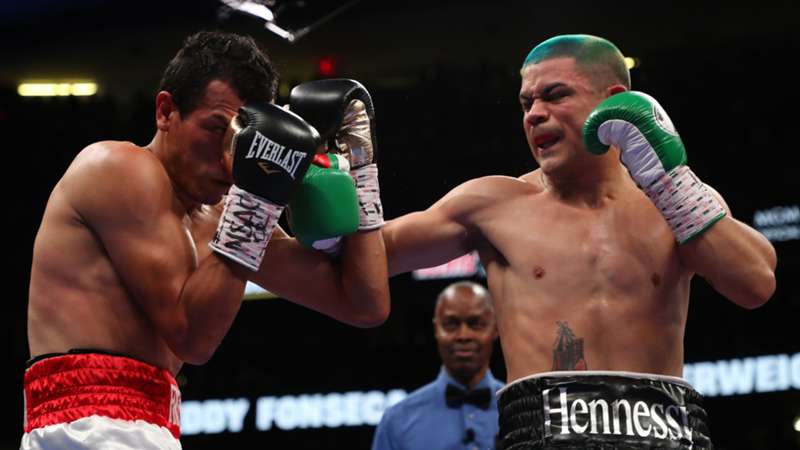 The American came into the fight as the title holder but will lose that designation whatever the result on Saturday.

IBF super featherweight champion Jojo Diaz has been stripped of his belt after he failed to make the cut for his fight with Shavkatdzhon Rakhimov on Saturday night.

The Russian fighter can still win the belt if he defeats Diaz at the Fantasy Springs Casino, Indio. If the American 28-year-old defeats Rakhimov then the belt will become vacant.

Diaz came in at 133.6lbs, and because that was more than two pounds over the cutoff he was not permitted any extra time to make the weight. Rakhimov had no such problems at 129.8lbs.

It is not the first time that Diaz has failed to make the weight for a fight. In August 2018 he came in over the 126lb limit for his clash with Jesus Rosas, preventing him from taking his rival’s featherweight belt.

In an interview with DAZN, Diaz said he had used the lockdown period to ‘enjoy his food’, a decision that may have hindered his ability to come in at the required weight, as well as the decision to spend some time away from his boxing career.