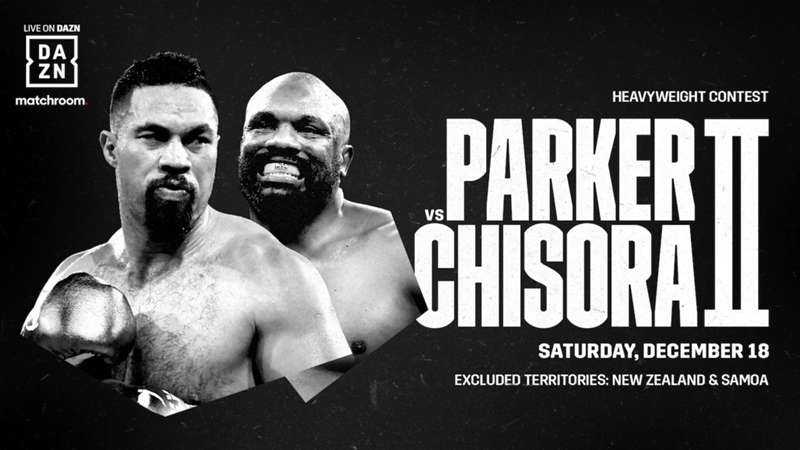 The pair met in May when Parker edged a narrow victory.

The heavyweight rivals shared 12 hard rounds back in May when Parker got off the floor in the opening session to take the fight on points, a decision that Chisora didn’t agree with.

Since the first meeting, Chisora has made big changes to his team with Dave Coldwell returning in the corner and 258 MGT, the management company of Anthony Joshua, also playing a part. The London veteran was demanding a rematch moments after the official verdict last time and his request has been answered.

Parker, who still holds aspirations of becoming world champion for a second time, will have to repeat his win over Chisora if he’s to keep his dreams on track. This will be the New Zealander’s third fight of 2021 after also registering a win over Junior Fa in February, so the former WBO champion will be aiming for another win that can get him closer to the leading names in the division.