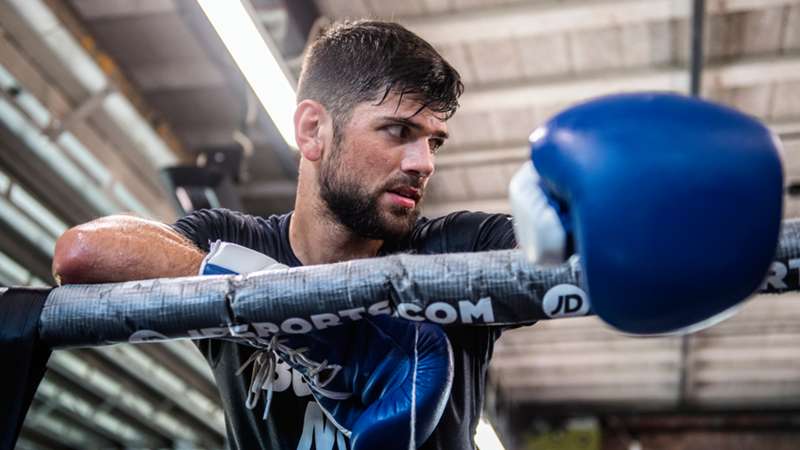 Joe Cordina became Wales’ latest world champion with a stunning second-round knockout of Kenichi Ogawa in front of a rowdy home crowd at Cardiff’s Motorpoint Arena. Cordina’s emphatic finish came from nowhere, but it eliminated any doubt that the Welshman is a talent ready for the big stage now he has his hands on the IBF super-featherweight strap.

The opening round was a cagey affair as both fighters tried to assert their authority early on. Cordina opted to do it with his accurate jab, while Ogawa preferred outright aggression to get ahead. The fight would take a similar theme for the remainder of the rounds, but that logic quickly disappeared moments into the second session.

With a more patient approach, Cordina kept his distance, and when he noticed Ogawa’s chin was exposed, he unleashed the punch of his career that was an instant show closer. The Japanese star, a widely respected world champion, did all he could to beat the count, but there was no way he could regain his senses as the referee counted him out.

All updates from Cordina vs. Ogawa can be found below.

facebook twitter whatsapp
Joe Cordina has thrown the shot of his career as he stops Kenichi Ogawa in two rounds with a stunning right hand. The fight is over before it even got going. It's chaotic in Cardiff as Wales celebrates their latest world champion.

Ogawa vs. Cordina: Round One

facebook twitter whatsapp
Ogawa has settled well. He's had to take a few jabs from Cordina, but he's answered them well with his own shots. Ogawa's aggression gives him the round. 10-9 Ogawa.

facebook twitter whatsapp
Zelfa Barrett produced a disciplined performance to take the European super-featherweight title from Faroukh Kourbanov. The Manchester man was desperate to show people that he belonged at this level. He removed any doubt with the finest performance of his career. Barrett will now turn his focus onto tonight's main event as he looks to secure a world title shot. Scores were 120-108, 119-109, and 118-110 in favour of Barrett.

facebook twitter whatsapp
Sheffield's Dalton Smith registered another stoppage win as he forced Mauro Perouene to remain on his stool at the end of round six. Smith was in charge throughout the contest. However, after dropping Perouene at the end of the sixth stanza, the Argentine's corner decided to end the bout. Smith is ready for more extensive tests.

Dalton Smith is up next

facebook twitter whatsapp
Dalton Smith is seen as one of British boxing's brightest prospects. The Sheffield man is in action shortly as he faces Mauro Perouene.

facebook twitter whatsapp
Australia's Skye Nicolson went eight rounds for the first time as a pro with a dominant win over Gabriela Bouvier. Nicolson was in control from the outset, and her authority was confirmed at the end as she was handed every round on the referee's scorecard.

Yafai returns in style with stoppage win against Cairns

facebook twitter whatsapp
Gamal Yafai ended a year of frustration and inactivity as he halted Liverpool's Sean Cairns in four rounds. After losing his European crown to Jason Cunningham last May, Yafai was eager to prove he still had a lot left. He did so in emphatic fashion as he was too strong for Cairns. After dropping his opponent in the third session, Yafai ended matters in the following round.

A potentially huge night for Welsh boxing is close

facebook twitter whatsapp
The action gets underway shortly as we bring you all the highlight's from tonight's show that's headlined by Joe Cordina aiming to become world champion against Kenichi Ogawa. Can the Cardiff man win the big one in front of his home crowd?