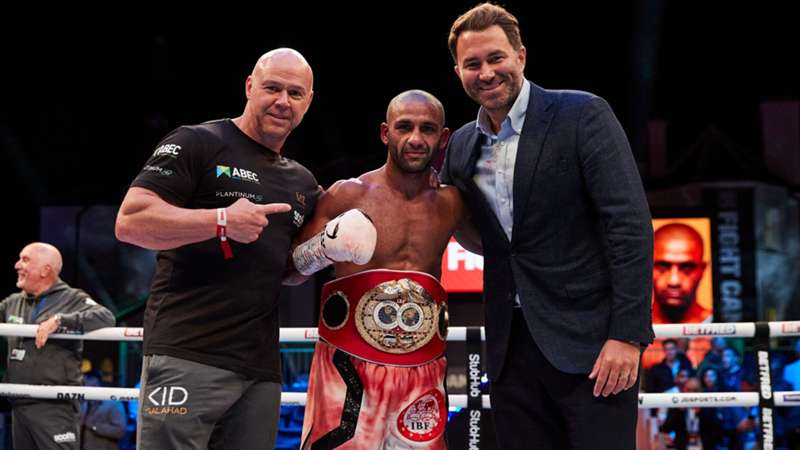 Watch Galahad vs. Martinez on DAZN

Kid Galahad’s IBF featherweight title defence against Kiko Martinez is the first of a new multi-fight promotional deal with Matchroom, and following this fight in Sheffield on November 13th, Galahad believes Hearn is the man to deliver the big unification fights.

“If anyone can do it, it’s going to be Eddie Hearn and it goes way back. When no one else gave me the opportunities, Eddie always did,” Galahad told DAZN News in the build-up to the Martinez fight.

“When you are signed with Matchroom, there’s no messing about, the fights aren’t fights, they’re events.”

“I feel like all these old promoters are still stuck in the 60s and 70s and Eddie Hearn has taken it to another level.”

When it came to Hearn’s impact on the sport, he compared the Matchroom boss to some of boxing's biggest names and believes fans will only appreciate his work when he calls time on his promoting career.

“People will appreciate him when he’s gone. Like Muhamad Ali, Naseem Hamed, Ricky Hatton, Joe Calzaghe, when they were around people always made excuses and gave them no credit,” Galahad explained.

“And then I say make sure you enjoy it now because when he’s gone, he’s gone. People don’t realise how good he is promoting the shows, appreciate it while he’s here.”

Galahad will be hoping Hearn can make his first world IBF featherweight title defence an event to remember when he takes on Kiko Martinez in Sheffield on November 13th exclusively live on DAZN.