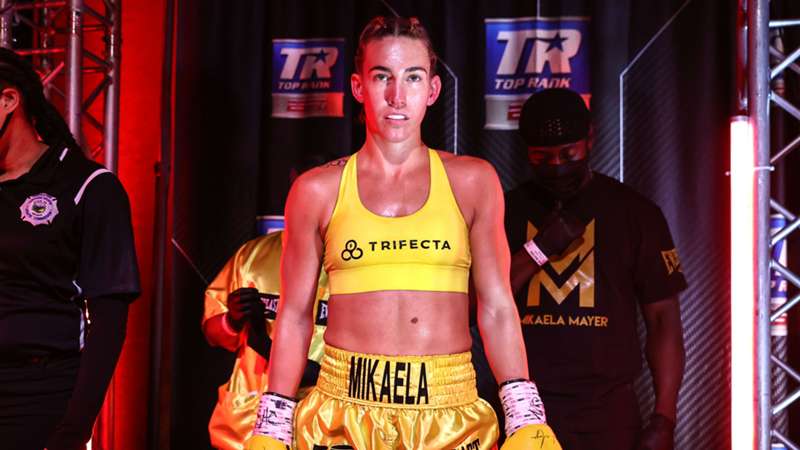 The Americans fight on October 15.

Mikaela Mayer has hit out at Alycia Baumgardner by saying, “I don’t know what’s wrong with her.”

The American pair fight on October 15 for the chance to unify the WBO, WBC and IBF belts at super featherweight, on the card for the Claressa Shields vs. Savannah Marshall clash.

"It comes with the territory. It's a lot of drama. It's a lot of stuff that normally I would excuse myself from in my everyday life," Mayer told Sky Sports .

"But I understand that this is part of the job and it comes with the territory because this is entertainment. So I embrace it in that sense but I do it for a reason.

"She got the [WBC] belt so I started calling her out. That's it.

"She called me a hater but she's the hater. She's just so mad. I don't know what's wrong with her.

"Again facts, if you don't like the way it sounds I'm sorry, it's just true. You don't have the experience of the opponents that I've had. So it's no disrespect. It's just facts."