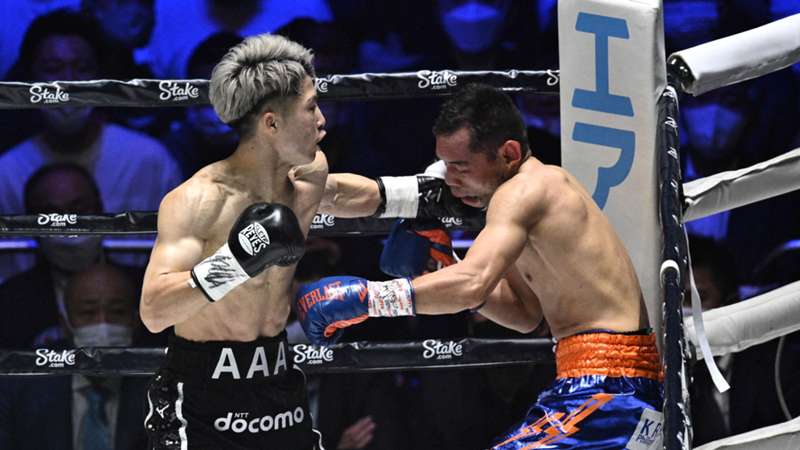 If there was any doubt surrounding who boxing’s most explosive fighter is, Naoya Inoue removed it with a stunning second round destruction of Nonito Donaire.

The pair shared 12 memorable rounds in 2019 when Inoue was victorious, but the Japanese superstar needed less than five minutes this time around as he stopped Donaire with a relentless flurry of offense.

Looking menacing on the ring walk, Inoue burst into life immediately as he dropped Donaire at the end of the first round. The legendary Filipino beat the count, but he wasn’t able to survive the onslaught that came in the next round.

Hurting Donaire with almost every shot, Inoue weas relentless as he looked to bring the fight to a close. Many shots were landed and although Donaire performed admirably int trying to survive, the barrage of attacks was just too much. After hitting the deck again, the referee jumped in as Inoue began the celebrations.

Next up for Inoue could be an undisputed showdown with Britain’s Paul Butler, who holds the WBO bantamweight title, the only belt missing from Inoue’s collection. Away from that, the pound-for-pound-ranked talent could move up a division and challenge Stephen Fulton for a world title in a fourth weight class.

All the updates from today's show can be found below.

facebook twitter whatsapp
Noaya Inoue has made a mockery of those expecting another close encounter. After dropping Donaire in the first round, Inoue jumped on the Filipino in round two and refused to let him off the hook. After absorbing several heavy shots, the referee jumped in and stopped the fight. Can anyone stop Inoue?

Inoue vs. Donaire 2: Round One

Donaire is down in opener. Inoue dominates the round with his left hand but it's a right that floors Donaire right on the bell. An explosive start from the Japanese star. 10-8 Inoue.

Hiraoka too strong for Akaiwa

facebook twitter whatsapp
Andy Hiraoka moved to 20-0 with a destructive sixth round stoppage of Shun Akaiwa. Making a strong start by dropping his opponent in the opening session, Hiraoka was guilty of forcing his work as he looked to end matters. After returning to a more patient approach, Hiraoka had more success and following a burst of punches in round six, the referee made a sensible intervention. Hiraoka retained his Japanese super-lightweight title and he should also move up the world rankings.

facebook twitter whatsapp
Takuma Inoue should take a decent leap up the rankings after defending his regional WBO strap against Gakuya Furuhashi. An all-action fight was excellent from the outset as both men let their hands go frequently as they looked to inflict damage. With several meaty exchanges on display, it was always Inoue who was having the last word and that was reflected in the scorecards as Takuma claimed the verdict on all three scorecards.

The action is underway in Japan

facebook twitter whatsapp
Takuma Inoue and Gakuya Furuhashi are opening tonight's broadcast. DAZN will keep you updated with all the happenings from what promises to be a huge event topped by Naoya Inoue's superb clash with Nonito Donaire.