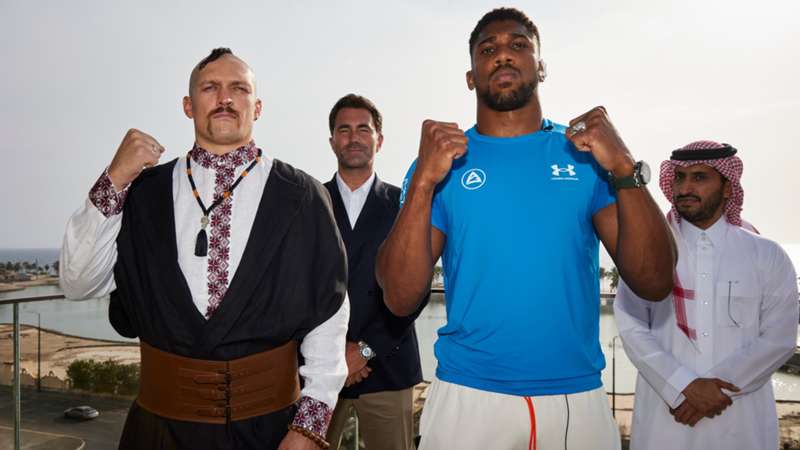 It's been almost a year since Oleksandr Usyk beat Anthony Joshua in North London to become the IBF, WBA and WBO world heavyweight champion, and now finally the pair will meet again on Saturday night in Jeddah, Saudi Arabia.

For Joshua, this is a crossroads fight, win and he will be back on top of the heavyweight mountain. Lose and there could be some uncertainty surrounding Joshua and whether he continues to box.

Uysk meanwhile will be motivated not by money, but by his native Ukraine and as he looks to provide a moment of joy for those suffering as a result of the invasion by Russia.

After losing the first fight last September convincingly on points, it's clear what Anthony Joshua needs to do in order to have a chance of beating the IBF, WBA and WBO world heavyweight champion.

Instead of trying to outbox Usyk, Joshua needs to be more aggressive, inflict damage early and hope it creates some openings to land his trademark right hand. However, it's easier said than done against someone who is slick around the ring like Usyk.

If Joshua is to beat Usyk, it will have to be done inside the first six rounds, if the fight goes in the latter stages, Usyk will get to work and look to stop a tired Joshua, and that's how I see the fight going.

The 32-year-old British star will come out all guns blazing in opening stages, but as a result will tire as Usyk moves round the ring with elegance despite putting on the extra pounds. Then just like his stoppage win over Tony Bellew, the Ukrainian will take advantage of a tired challenger and finish the fight early.

Astbury's pick: Oleksandr Usyk to win in round 9 (20/1, all odds sourced via Betfred)