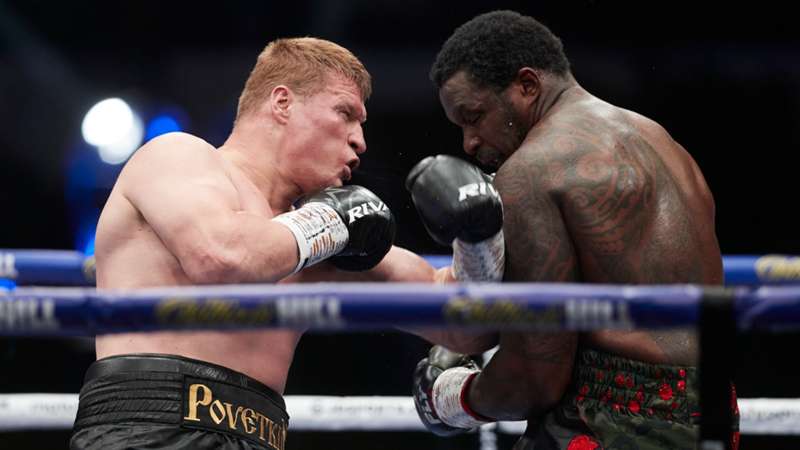 Dillian Whyte's planned January rematch with Alexander Povetkin has been scrapped as the Russian fighter struggles to recover from a coronavirus infection.

Alexander Povetkin will not give Dillian Whyte his January rematch as the WBC interim heavyweight champion was hospitalised for the second time suffering the effects of the coronavirus.

A date of January 30 was set for the pair to fight against each other after Whyte was defeated in an upset by the 41-year-old Russian during the Fight Camp series in Britain in August. This represents a second postponement after a provisional November date was also scrapped.

Povetkin’s promoter, Andrey Ryabinsky, explained that his fighter is struggling to come back to fitness after contracting COVID-19.

Speaking to Russian news agency TASS, Ryabinsky said: "Sasha had to go to hospital again for examinations. The other day he was discharged and is now starting training.

"We'll increase the workload in stages, under the supervision of doctors. Boxing is a serious load on the body, I won't allow Sasha's health to be risked."

"There will be no fight with Whyte in January. We underestimated the consequences of the virus, everything did not go as smoothly as we thought.

"We will discuss and appoint the date of the fight when we understand at what pace we can move with preparation."

Whyte previously told Sky Sports that he thinks the claims of Povetkin’s illness are merely a delaying tactic to hold off any rematch.