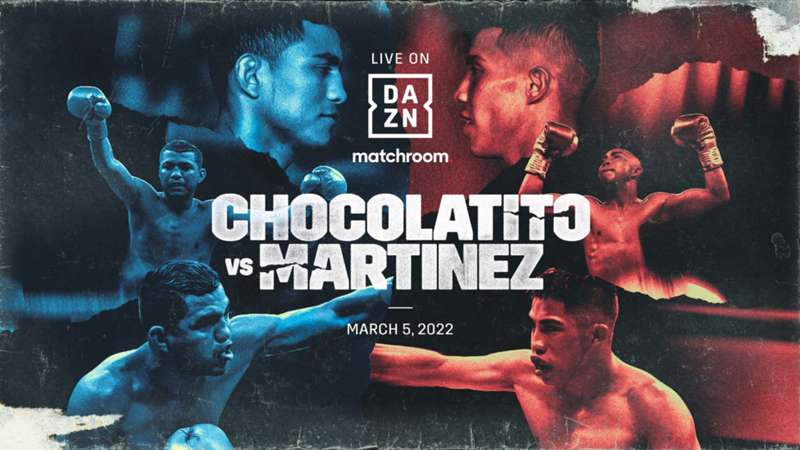 DAZN
‘Check for this fight on DAZN in your country

A blockbuster replacement is locked in.

Boxing fans were looking forward to the March 5 trilogy fight between Juan Francisco Estrada and Roman Gonzalez. Unfortunately, the people won't get what they want but are receiving a very suitable replacement.

Eddie Hearn revealed on Tuesday that Estrada was still suffering from the effects of COVID-19 and had to pull out of the fight. However, the promoter found a suitable replacement in the high-octane WBC flyweight champion, Julio Cesar Martinez, to step in for the unified super-flyweight champion on the aforementioned date from the Pechanga Arena in San Diego, Calif., live on DAZN (except Mexico and Latin America).

Still in shock that this fight is happening but I cannot wait! Huge respect to both men for accepting the challenge..this is going to be an absolute thriller live on @daznboxing !!! 🇳🇮 🇲🇽 pic.twitter.com/QCRfTkiKxx

Gonzalez (50-3, 41 KOs) is on a career renaissance. He'd gone undefeated in 46 fights and was regarded as boxing's No. 1 pound-for-pound great before back-to-back losses to Srisket Sor Rungvisai changed all of that. People felt he was done and past his peak. Instead, Gonzalez has shown he's still a force to be reckoned with by winning four consecutive fights, with three of those wins coming via stoppage and claiming the WBA belt. The 34-year-old was looking to avenge his narrow split-decision loss to Estrada in March 2021.

Martinez (18-1, 14 KOs) is regarded as the best flyweight in the world and one of the most ferocious fighters in the sport. His nonstop style and throwing from every angle has endeared him to boxing fans. He's coming off a no-contest against McWilliams Arroyo in November and entering the biggest fight of his career against someone whose style replicates his. An opportunity has knocked loudly for the 26-year-old to announce himself at super-flyweight and plans to do so in style against the Nicaraguan star.

“I am thrilled that I am able to move up in weight and fight the very best straight away,” Martinez said in a press release. “Chocolatito is a living legend and a fighter I have always admired, so to be fighting him in my first fight at Super-Flyweight is special – but on the night, it’s going to be war, and I am ready for it.

“I have ambitions to unify the Flyweight division, and that flame still burns, but this fight is so huge for me, and I did not hesitate to accept it – I promise the fans that I will put on a show.”