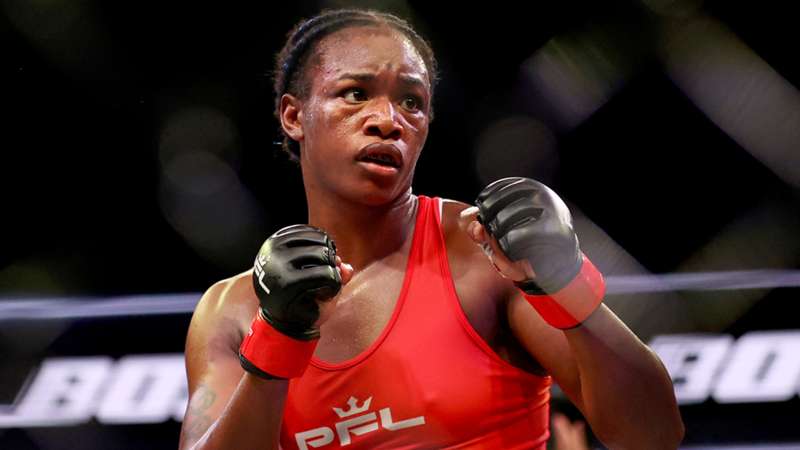 The DAZN Boxing Show recently discussed one of the hot topics in fighting.

The DAZN Boxing Show discussed whether women boxers should be permitted to fight along the same lines as men, who usually perform to a standard of 12 rounds, each lasting three minutes.

For now, headline women’s events are usually 10 rounds, each running for two minutes.

For Claressa Shields, she believes that by fighting for as long as men she should be able to demand equal pay more easily, and that it would produce a better spectacle.

“Championship rounds matter,” she began. “If people say like, ‘Oh, punching power! Oh, knockouts!’ The truth is I have two less rounds, and also 24 minutes compared to 36 minutes the men have to knock somebody out. I’m not the only one they say that about.

“‘She’s 12-0 with 2 knockouts,’ but nobody is saying that about the men and they have 36 minutes and to me it matters. I'm going to be sparring with the  men for three-minute rounds.

“It’s a level of competition and two, and that’s why equal pay is needed. You can’t say women’s boxing is less than men’s boxing if they won't’ even put us on the time and let us prove ourselves. Women overwork.

Alycia Baumgardner believes that if women are to fight more, then they must be paid more.

“There is yes or no. If you want me to fight three minutes, we need to be paid more. There are knockouts. If you want to see more, give us 12 two-minute rounds,” she said.

Senesia Estrada said the situation was less clear-cut, but thinks that if the fighters agree to extended fights, there should be no reason to stop them.

She explained: “It will be hard to get that change because there are 50% who would rather fight two minutes. I just ask the organisation.

“As long as all sides agree, the opponent agrees, the commission agrees, they will allow it, but the WBC is saying, ‘Science.. What doctors are you talking to?’”

Katie Taylor vs. Amanda Serrano, the biggest fight in women's boxing history, takes place live worldwide on DAZN on Saturday, April 30. Click here for more information on how to subscribe for the historic Madison Square Garden headliner, plus a host of live boxing plus more sports and documentaries.