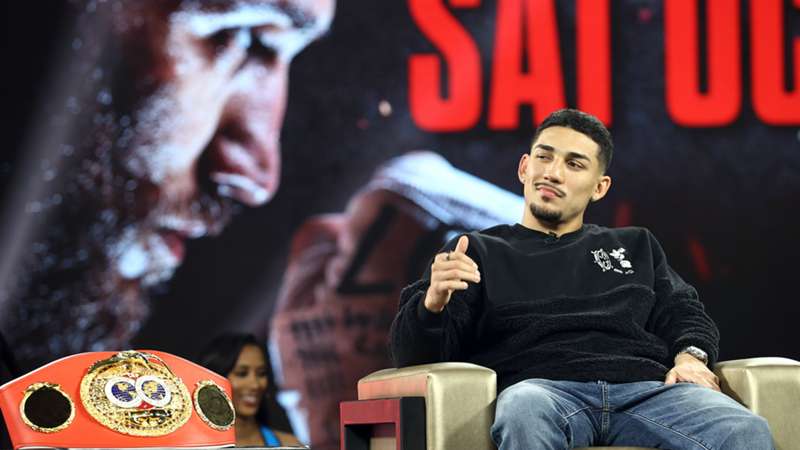 Was Lopez's big win over Vasiliy Lomachenko the end of his time at lightweight? Not necessarily, says his manager.

Teofimo Lopez Jr.'s champion vs. champion win over Vasiliy Lomachenko in one of the most anticipated fights of the year on Saturday was tipped by some to be his last before moving up the weight classes.

The 23-year-old had even been quoted as claiming as such himself, though on Monday his manager David McWater said that wasn't definite just yet.

“Teofimo says a lot of stuff,” McWater told Bad Left Hook. “He was 134.4 the morning of the weigh in and had three liters of water and three meals the day before.

“With Perfecting Athletes (a South Florida-based outfit specializing in helping fighters make weight safely) on our side, it’s a whole different game. We might move up but my guess is the next fight is a defense.”

McWater does not expect that defense to be a rematch with the Ukrainian, who was widely tipped to overwhelm his younger opponent but was ultimately beaten at his own game.

“I can’t imagine a rematch,” McWater said when BLH reporter Michael Woods brought it up. “Older guy never wins a rematch. If they fight again Teofimo would hurt him badly!”

“I don’t think Loma brings enough viewers to the table to pay both guys.”

If Lopez does indeed stick around to defend his growing collection of title belts, and if a Lomachenko rematch is unlikely, then who?

On Monday, it was confirmed that the Lee Selby vs. George Kambosos bout on Oct. 31 would result in the winner being recognised as mandatory challenger by the IBF, and McWater admitted the conventional route is very appealing.

“Yeah, I could see us fighting Selby or Kambosos,” McWater said. “They both have big fan bases in their countries.

“I can tell you exactly what he would say: ‘I’m a fighter, I need to fight.' He’s not going to take long layoffs if he can help it. March 2021 at the latest!”

It has been suggested that part of the reason why an immediate moving up for Lopez isn't a great idea is because the championships will be tied up for the foreseeable future.

Jose Ramirez and Josh Taylor look poised for a unification showdown of their own in 2021, restricting Lopez's options if he were to hit the ground running at junior-welterweight with big bouts.

McWater agreed that timing is why a divisional switch probably isn't the right move, at least not just yet.

“For me, I would want to move up if we got the winner of the Jose Ramirez-Josh Taylor fight," he continued. "Other than that, I think more exciting fights are at 135.”