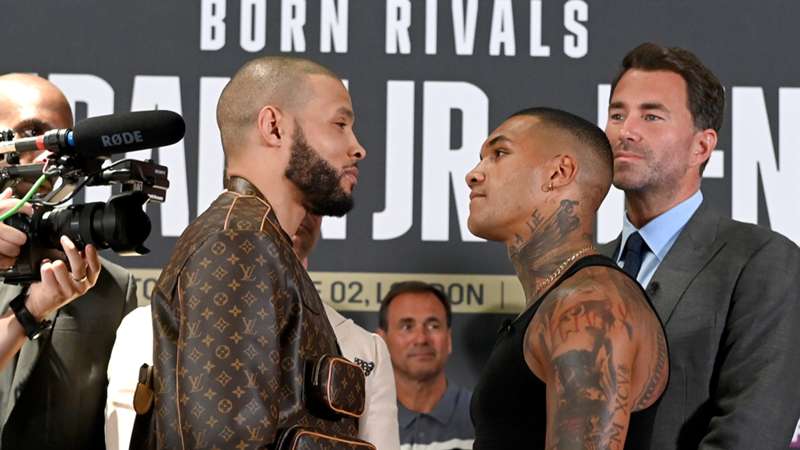 The popular DAZN analyst has had his say on Eubank Jr vs. Benn.

The biggest British fight of the year arrives on DAZN this Saturday night as Chris Eubank Jr and Conor Benn reignite one of the biggest feuds in boxing history. I’m old enough to remember the legendary battles between Chris Eubank Sr and Nigel Benn, and I’ve got every confidence that their sons can deliver an explosive contest this weekend that will sit proudly next to their fathers’ battles.

From the moment this battle was over the line, it was the fight that stood out most for me and I can’t wait to be inside London’s O2 Arena to watch it all unfold. These two brilliant fighters are putting it all on the line, but it’s not for a world title, it’s for family pride, and that’s going to bring out the very best in both of them.

Throughout the build-up we’ve seen Eubank make comments about only needing to be at 60% to defeat Benn. Having to weigh in below the middleweight limit could be telling, but I’ve got no doubts whatsoever that Eubank has treated this fight as serious as any contest he’s had and that includes famous bouts with Billy Joe Saunders, George Groves, and James DeGale.

Although he hasn’t quite managed to get his hands on a world title, Eubank can’t be accused of cutting any corners. He’s given all he has to boxing and the only times he’s suffered defeat, against Saunders and Groves, he was in the fight right until the final bell. He’s the consummate professional and he’ll be giving Benn the utmost respect every single day in the gym whilst preparing.

Since turning pro in 2016, Benn has blazed his way through the welterweight rankings and his improvement over the last two years under the brilliant Tony Sims has been quite remarkable. The Essex man sits comfortably in all the governing body rankings, and he could've been in line for a world title shot, but the size of a Eubank fight was too big to turn down and he has it all to do this weekend.

Benn starts the fight a significant underdog but that isnt going to deter him in the slightest. I’ve been around Conor quite a lot in my various roles for DAZN and Matchroom, and he’s one of the hungriest fighters I’ve ever encountered. What he lacks in experience and size in this fight, he makes up for it with sheer determination and an incredible will to win. He knows what’s at stake.

These are two relentless, come forward fighters and I don’t think we’ll see any of them take a backward step once that first bell goes. There’s going to be so much tension at the final press conference and weigh in, and if it doesn’t get released before fight night, you can be certain it’ll explode on Saturday. This is going to be such a dramatic week and once the action kicks off this weekend, I’m promising you an unforgettable fight that won’t go the distance.