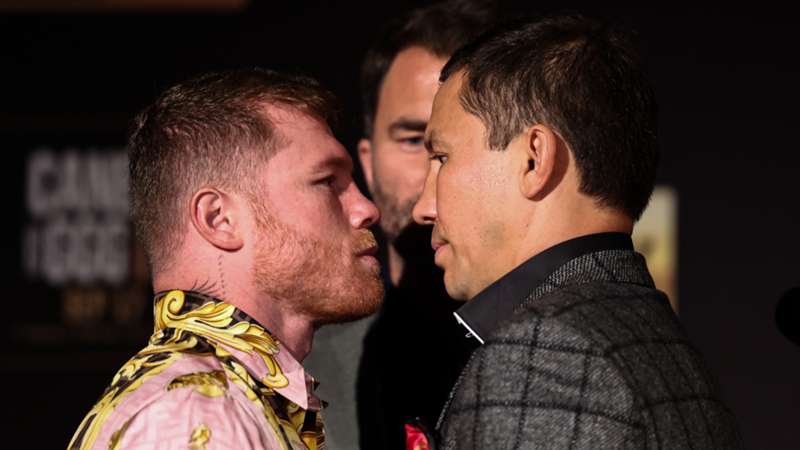 One of the year's biggest fights takes place this weekend as Canelo Alvarez takes on Gennadiy Golovkin for a third time.

Canelo Alvarez and Gennadiy Golovkin should finally close the book on their bitter rivalry this weekend, ending one of the best feuds of the modern era.

These two fighters genuinely dislike each other, but would I go as far as to say that there’s hatred involved? I’m not too sure as it’s very rare that emotion comes into boxing despite the bad blood you often see.

Despite all the outbursts you’ve seen from myself at press conferences and weigh ins throughout my career, I can honestly say that I only ever hated one opponent and that was Nathan Cleverly.

There were a few words exchanged with Adonis Stevenson, David Haye and BJ Flores, but Cleverly brought out the worst in me.

There were a lot of things said before our first world title fight all the way back in 2011 but after we put on a great fight where I just fell short, there were a few nice words exchanged. Shortly after that, Cleverly went in a different direction and started saying other things about our fight and that was that done. I never felt like that about any other fighter, and it felt great to settle the score with him in 2014.

Do Golovkin and Canelo really feel that way about each other? There’s plenty of animosity there because of numerous incidents, but with Golovkin, I feel his anger and bitterness comes from the fact he’s never been given a fair crack by the judges. As a fighter, when you know you've won and the judges think otherwise, it’s out of your hands and that can be hard to take.

Both fighters have been in control of their emotions and anger when they’ve met before and if any hatred existed, I’m certain it would've overspilled by now. Their coming togethers at previous prefight events have always been fairly respectful from what I’ve seen and they’ve both conducted themselves like true professionals inside the ropes.

Could this third fight be the one where the red mist takes over and either, or both fighters, just lose it? This really is the ultimate showdown for Golovkin as he prepares for his exit from the sport after a brilliant career, and if things aren’t going his way against the man he’s never been able to beat, will he finally do something out of character? I don’t think so.

Against Cleverly in the rematch, it dawned on me walking to the ring just how much I hated him. My gameplan went out the window and I started doing things out of character. It slowed me down as I wasted too much energy, but I was still able to get the job done even though I could've made it much easier for myself.

This rivalry ultimately comes down to who is the best. Their names have been linked for years and the talk that went before their first meeting made the fight a must-see event.

Scoring issues have intensified the rivalry, but whatever happens on Saturday night, I think we’ll see a show of respect from both men sometime after the final bell sounds.