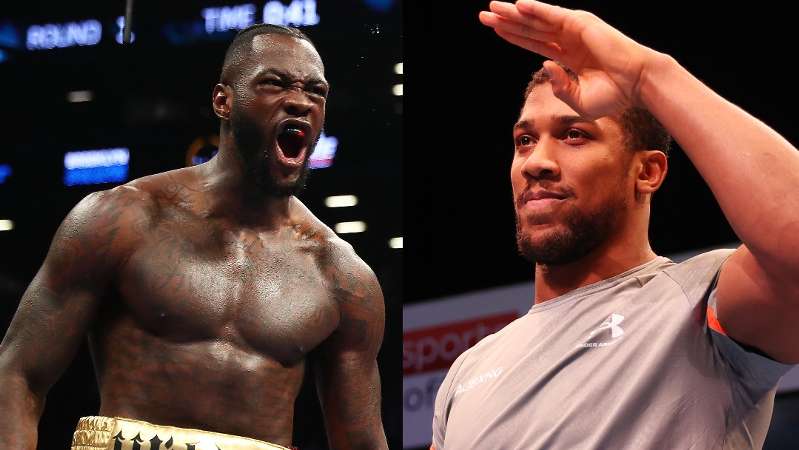 Tony Bellew is excited for a big heavyweight clash in his latest DAZN column.

Saturday night sees Deontay Wilder return to the ring for the first time in over a year and the eyes of the world are going to be on him as we get to see whether he’s still a major player in the heavyweight division. Last October, Wilder gave Tyson Fury plenty to think about in their brilliant trilogy fight and even though he came up short again, he provided a clear reminder of just how dangerous he can be.

Facing Robert Helenius this weekend in New York, it’s absolutely vital that Wilder makes an emphatic statement if he’s to get the attention of those above him in the rankings. The heavyweight landscape hasn’t changed much in his absence, but for the first time in a long time, Wilder has to be the hunter rather than the hunted as he looks to become a two-time world champion.

Fury has recently mentioned the possibility of a fourth fight with Wilder and Oleksandr Usyk’s team have also claimed that they’d be interested in facing the powerful American. There’s also talk of Wilder taking on Andy Ruiz next year, but the fight I want to see is Wilder against Anthony Joshua, and I still think that’s the best contest that can be made at heavyweight from an entertainment perspective.

Fury and Usyk may have all the belts and potential bout between those two would generate incredible interest due to the titles and prestige on the line, but for an all-out battle, it just doesn’t do it for me the way Joshua vs. Wilder does. These are two fighters who’ve proved they are powerful, they both take risks, and there’s plenty of history between the pair as well. It’s nailed on to be a classic.

It’s dissapointing that we haven't seen this fight so far as it’s one that has been discussed since both were world champions all the way back in 2016. A lot has happened since then but at this very moment, both men are fighting to prove that they belong back on top after being on the end of heart-breaking defeats in their most recent contests.

Wilder begins his road to redemption when he goes up against Helenius on Saturday and it’s likely that Joshua will also have a confidence builder when he eventually returns to the ring either this year or early next. If both fighters feel good after their comebacks, then what a spectacle we could have in 2023 if these two exciting fighters put it all on the line.

The heavyweight division has had to endure some hard times in recent years with the failure of some fights not being made. I’m hoping 2023 can change that. If we get Fury vs. Usyk for all the marbles then that’s great for clarity at the top, but if you add Joshua vs. Wilder then what a way to give boxing an incredible boost with a stunning heavyweight shootout.