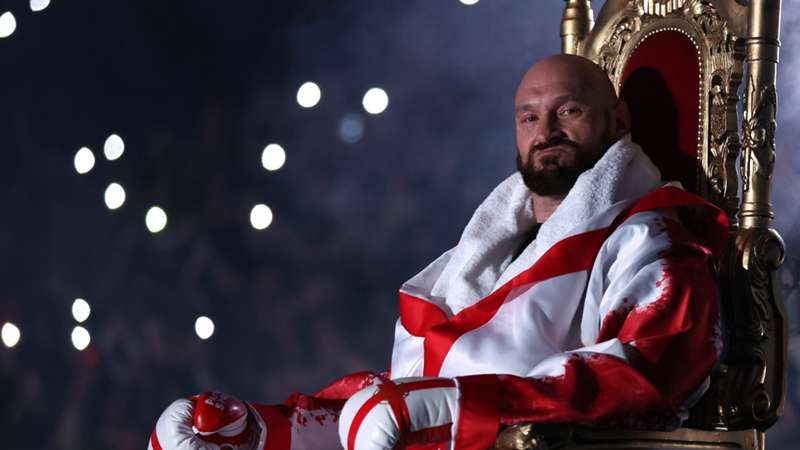 Tyson Fury is heading out to Qatar if he defeats Derek Chisora next weekend as long as England remain in the tournament.

Fury makes a defence of his WBC title when he faces Chisora for a third time, but instead of looking ahead at a potential fight with Oleksandr Usyk or Anthony Joshua, the World Cup in football is his immediate priority.

Gareth Southgate’s men have made a mixed start to the tournament with a routine victory over Iran being followed by a poor goalless draw with USA.

England’s destiny is still in their own hands as they prepare to face Wales on Tuesday, but if successful, they could have one of boxing’s best fighters lending his support from the stands later in the tournament.

“If England get through then I will be heading out to Qatar, for sure,” said Fury when speaking to Talksport.

“I wouldn’t be rushing out for a group game because I expected us to get through that s—t, but if they get to the semis or final, then I will be on my way to Qatar. It would be great to get a winter World Cup win after all these years.”