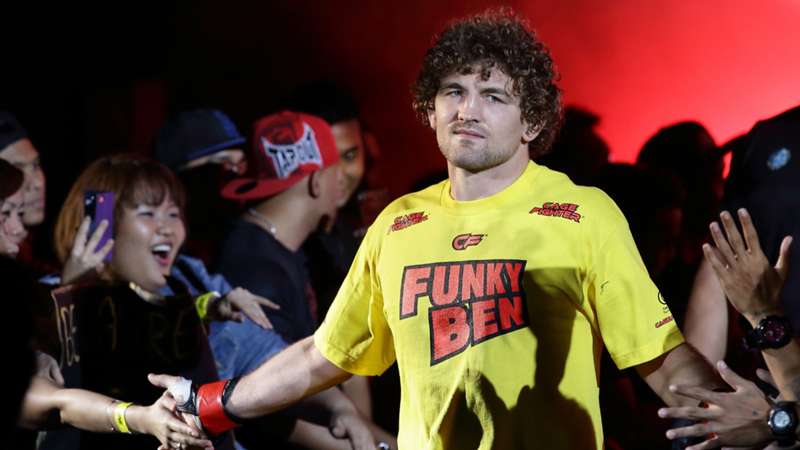 What do you think: Did Askren take a dive?

Jake Paul needed just two minutes to finish retired mixed martial artist and boxing debutant Ben Askren in Atlanta on Saturday. But some of the post-fight footage has many fans and some famous names wondering if a quick finish was on the cards from the get-go.

Paul knocked Askren down before too much time had elapsed in round one of their Triller crossover spectacle, with the referee giving the former UFC fighter a count but ultimately deciding he could not continue, waving the contest off.

Daniel Cormier, one of UFC's most decorated fighters who held both the heavyweight and light-heavyweight titles, and is a current analyst for the organization, did not mince his words on Twitter after seeing the blowout result and a smiling Askren shortly afterwards.

"Wait a minute, did Askren get us all?", said 'DC' on Twitter. "Like this is some magician stuff he wasn’t laughing on his way to the back was he? Cmon Ben lol."

Wait a minute, did Askren get us all? Like this is some magician stuff he wasn’t laughing on his way to the back was he? Cmon Ben lol @Benaskren https://t.co/Kb3jMkB0nR

Official information disclosed to MMA Fighting revealed that Askren's base pay for the fight was $500,000, with even more expected to come in depending on PPV revenue and other criteria.

With that kind of money in two minutes comparing favourably to what he made over three fights combined as a member of the UFC roster, it's no wonder some are wondering if this was all just a very clever cash-in from a fighter who had already ended his MMA career and said he would not box again.

Nonetheless, the Jake Paul experiment will continue, as other famous names with little boxing experience will likely look to get a piece of the lucrative paychecks on offer due to the YouTube star's colossal audience and reach.