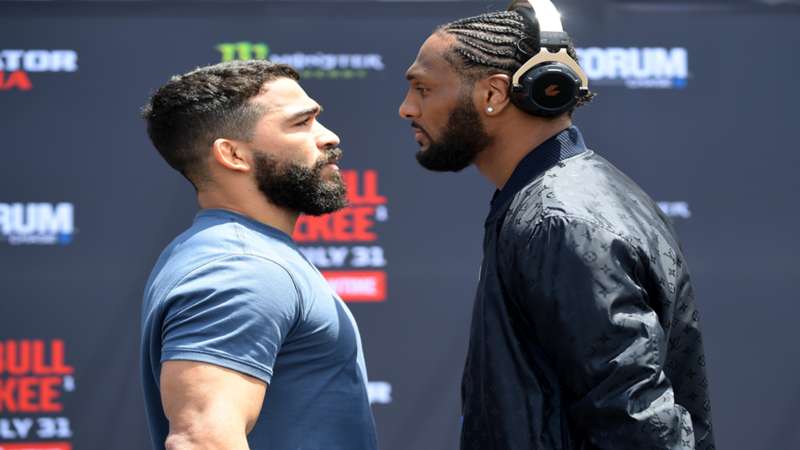 Perhaps the biggest fight in Bellator history is about to occur.

One of the marquee fights in Bellator goes down on Saturday night as Patricio "Pitbull" Freire defends his featherweight championship against No. 1-ranked AJ McKee in the finals of the featherweight grand prix from The Forum in Inglewood, Calif.

“This is without a doubt going to be the biggest Bellator fight of all time,” said Bellator president Scott Coker. “AJ McKee has been calling for a shot at Pitbull’s title since his very first professional victory inside our cage six years ago. Now he’s finally getting the opportunity to realize his dream of becoming a world champion against the winningest fighter in Bellator history. For Pitbull, a win over McKee in this tournament final would be a statement piece to add to his long list of accolades and legacy as the best 145-pounder on the planet.”

Along with holding the 145-pound title, Freire also is the lightweight champion. During his ascent to the status of one of the premier names in the sport, Freire's reeled off seven consecutive victories, with four of those coming via stoppage over former lightweight titlist Michael Chandler and former featherweight kingpin Daniel Straus. In his road to the final round, the Brazilian beat Juan Archuleta, Pedro Carvalho, and Emmanuel Sanchez, respectively. Out of 32 career wins, Freire's won 23 of them inside the distance. Now, he takes on perhaps his most formidable opponent.

McKee has fought his entire career in Bellator, debuting at 20 years of age. The California native is 17-0, with 12 of those wins coming via stoppage, including nine in the first round. McKee's road to the championship round came by emerging victorious over Georgi Karakhanyan, Derek Campos, and Darrion Caldwell, respectively.

Can Freire continue his reign of terror, or does McKee remain undefeated and become the world champion?

Here is everything you need to know about Bellator 263: Pitbull vs. McKee.

The Bellator 263: Pitbull vs. McKee main card kicks off at 10 p.m. ET on Saturday night. Pitbull and McKee are expected to make their walks to the cage around Midnight ET, although that depends on the length of the earlier fights.

Bellator 263: Pitbull vs. McKee can be watched on Showtime or live streamed via Showtime's website or app. Check the Showtime website/app for any geographical restrictions in your country.