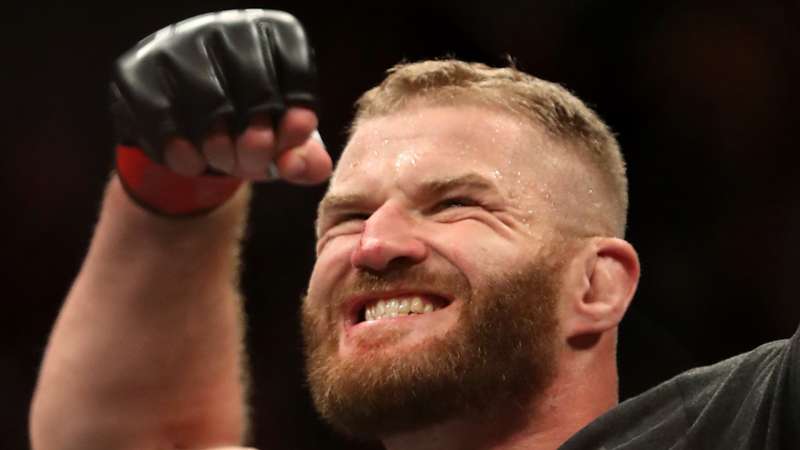 The pair were originally set to meet on the main card of Saturday night's event in Las Vegas, but after Jiří Procházka was forced to pull out with a serious shoulder injury, the title was vacated and now Blachowicz has the chance to become a two-time champion.

For the 39-year-old Pole, a win over Ankalaev could be the start of a road to redemption after losing his title to Glover Teixeira last year.

Teixeira is expected to be at the T-Mobile Arena this weekend with the hope of securing a fight with the winner of the UFC 282 main event, and if victorious on Saturday, a rematch with the Brazilian is something which Blachowicz would be interested in.

"I think he [Glover Teixeira] will call me out for a second time," Blachowicz said in an interview with DAZN.

"Of course, this is one rematch I’d like to do, only this one, I’ve lost a couple of times but I don’t care.

"The way how I lost the belt was very bad, I’ve had to live with that.

"I just want to prove to myself that I can beat him and I can fight much better."

The third round submission loss to Teixeira clearly had an effect on Blachowicz, but unlike some fighters who let a significant defeat hang over them, the Pole was quick to dust himself down and make improvements.

"The first two days was the worst," Blachowicz responded when asked about how long it took to get over the Teixeira loss.

"That was very bad for me, but after those two days, I was never a fighter who cries after the fights, hiding under the bed and thinking that nobody likes me.

Fans in Germany, Italy and Austria  can see if Jan Blachowicz can become a two-time UFC light heavyweight champion when he faces Magomed Ankalaev for the vacant title at UFC 282 on Saturday live on DAZN, while those in the US can watch the event on ESPN+ PPV, click here for more information.