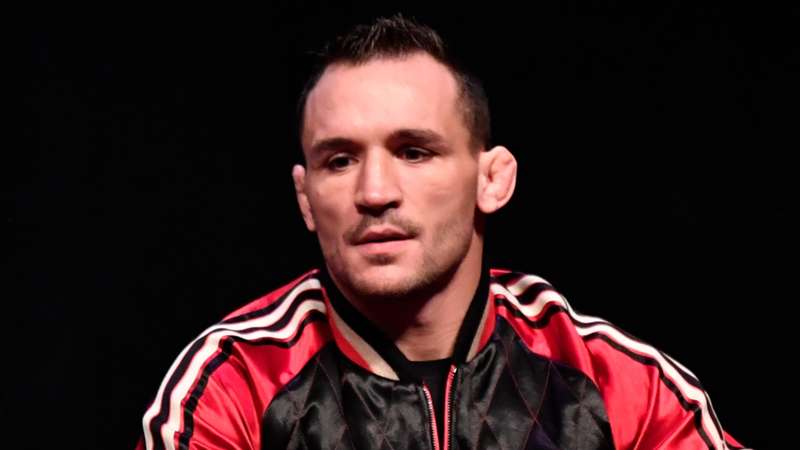 Charles Oliveira and Michael Chandler meet to determine a new lightweight champion on Saturday at UFC 262.

The UFC returns with their next marquee event on Saturday from the Toyota Center in Houston. A new lightweight champion will be crowned in the main event as Charles Oliveira and Michael Chandler square off to determine who'll replace Khabib Nurmagomedov on top of the mountain at 155 pounds.

Nurmagomedov announced his retirement after submitting Justin Gaethje at UFC 254. But UFC president Dana White didn't strip Nurmagomedov of the title. White kept trying to get him to return for one more fight. The persistence failed as White finally accepted that Nurmagomedov wouldn't return, and the belt became vacant.

Shortly after that, White named Oliveira and Chandler the top two contenders who would battle for the championship.

At the end of 2017, Oliveira looked to be on the verge of getting released as he'd lost three of his last four. Over the last three years, however, Oliveira hasn't lost as he's reeled off eight consecutive fights — with seven of those coming via stoppage. His last performance was a dominant unanimous decision against former interim champion Tony Ferguson. Oliveira said he'd sit out until he got a title shot because he'd done everything possible to receive the once-in-a-lifetime opportunity. Now, he'll get the chance he's longed for.

Standing across from Oliveira inside the Octagon is the former Bellator lightweight champion. Chandler took the MMA world by storm in his UFC debut at UFC 257 when he blasted out Dan Hooker in under three minutes. With the impression Chandler made, it was hard to deny him a chance to earn UFC gold.

Who gets the job done and becomes UFC champion for the first time?

Here is everything you need to know about UFC 262.

UFC 262: Charles Oliveira vs. Michael Chandler takes place on Saturday with the early prelims kicking the event off at 5:15 p.m. ET, before the pay-per-view main card begins at 10 p.m. ET. Oliveira and Chandler should enter the Octagon at around 12:15 a.m. ET, depending on the length of the undercard bouts.

In the United States, the PPV price for UFC 262 for current ESPN+ subscribers is $69.99. New subscribers have the option of bundling an annual ESPN+ subscription and the fight for $89.98. The first half of the preliminary card can be seen on ESPN+ at 6:00 p.m. ET before switching over to ESPN at 8 p.m. ET.

The card will be held at the Toyota Center in Houston, Texas. This will be the second UFC event in the United States since UFC 248 in March 2020 that a full capacity will be inside a facility. UFC 261 was the first event with allowing 100 percent attendance. Oliveira and Chandler compete at the venue for the first time.