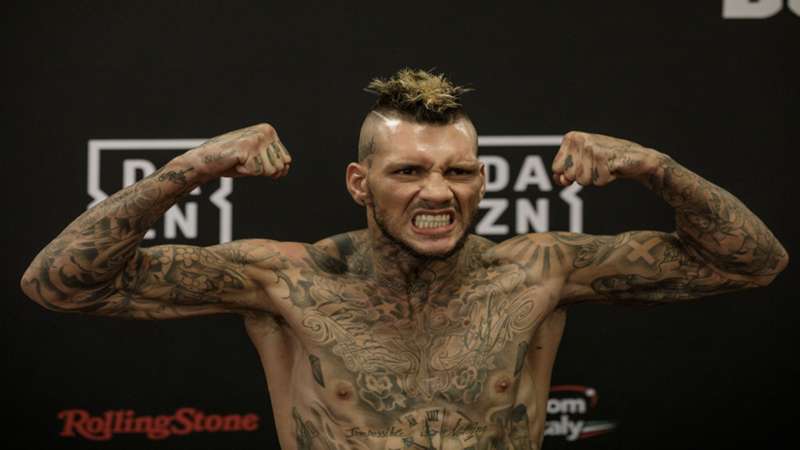 Daniele Scardina wanted a test heading into Friday's bout with Juergen Doberstein at the Allianz Cloud in Milan, Italy.

Doberstein showed a lot of heart and grit, but Scardina's volume and power ended up proving to be too much as Doberstein failed to come out for the fifth round — giving Scardina the win via fourth-round TKO.

“He was a good opponent," Scardina told DAZN in his post-fight interview. "We figured him out round-by-round. This is what I was supposed to do, break him and beat him.”

Scardina (20-0, 16 KOs) came out the aggressor and let Doberstein know it was going to be a long night at the office. He clipped the German with a left hook to stop him in his tracks. The Italian tried to put Doberstein away with a series of right hands but was unsuccessful.

Realizing he couldn't match Scardina's power, Doberstein went a different route and tried to outbox him. Doberstein started peppering the jab but Scardina was neutralizing it, walking through it and overpowering him with vicious shots.

Heading into the fourth round, it only looked to be a matter of time before Scardina put Doberstein away. But Doberstein attempted one last gasp to keep himself in the fight. A left hook put Scardina in his tracks for a moment and followed it up with a right. Instead of retreating and coming back in the fifth round, Scardina poured it on and was relentless with one power shot after another and wasn't letting. When the round concluded, a fatigued Doberstein had the look of a beaten man. When he went to his corner, Doberstein told his team that he couldn't continue and it would be too dangerous for him to fight on.