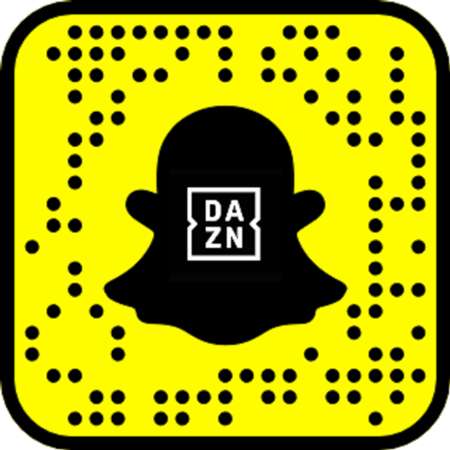 DAZN, the leading global sports streaming platform, has announced a new global partnership with Snapchat that will give fans worldwide nonstop boxing content year-round, from behind-the-scenes access and clips, to fight highlights and original features, to other build-up content ahead of DAZN’s blockbuster schedule of fights. This marks the first time sports fans globally will be able to enjoy weekly boxing content on Snapchat, all year long.

New show “DAZN Fight Week” will premiere on Snapchat’s Discover platform globally on August 31, with a minimum of 18 new episodes throughout the next year hitting in the weeks leading up to the biggest fights. It all kicks off with the upcoming September 4 event featuring a rematch in which British warrior Josh Warrington will look to exact revenge against Mexican sensation Mauricio Lara, while earlier in the night, Irish star Katie Taylor will defend her undisputed crown against determined American underdog Jennifer Han in the co-main event.

“DAZN Fight Week” will include recurring segments including:

“The Champ is Here” – ranking the greatest boxing champions of all time
"Fight ZN" – boxing news show including updates on fights, developments from fight camps and recaps of weigh-ins
“Talk Your ****!" – compilation of the best and most dramatic sound bites and trash talk from the full fight week

In addition, DAZN will be introducing a year-long weekly Highlights Show on Snapchat – featuring nonstop highlights around the top matchups, fighters, and moments, every single week for a minimum of 52 episodes over 52 weeks. This not only solidifies DAZN as the go-to source for everything boxing, but further cements the sports streamer as the global home of boxing across all of its ever-growing suite of channels – including partners like Snapchat that reach a younger and highly-engaged audience.

Finally, “DAZN Fight Night” will premiere on September 4, a special feature around the most anticipated events featuring live-updating highlights from the night, behind-the-scenes footage, exclusive access to the fighters themselves, and a complete recap of fight week.

The new global deal comes after a successful short-term U.S. boxing content partnership in 2019, which engaged millions of Snapchatters. Building on that initial success and DAZN’s recent global expansion, this enhanced partnership will see at least 70 episodes available for fans worldwide throughout the next year.

“This partnership is another example of DAZN constantly striving to reach fresh audiences in innovative ways, as part of a wider mission to engage new fans on the channels they frequent most while growing the sport of boxing globally,” said Joseph Markowski, EVP of DAZN. “Snapchat is the perfect partner for DAZN to team up with in order to tap into a new generation of potential boxing fans, who we cannot wait to see instantly fall in love with the sport. Whether it’s fight night highlights, behind-the-scenes videos or ranking the greats, these new shows will be the place for Snapchatters to follow the best of boxing worldwide.”