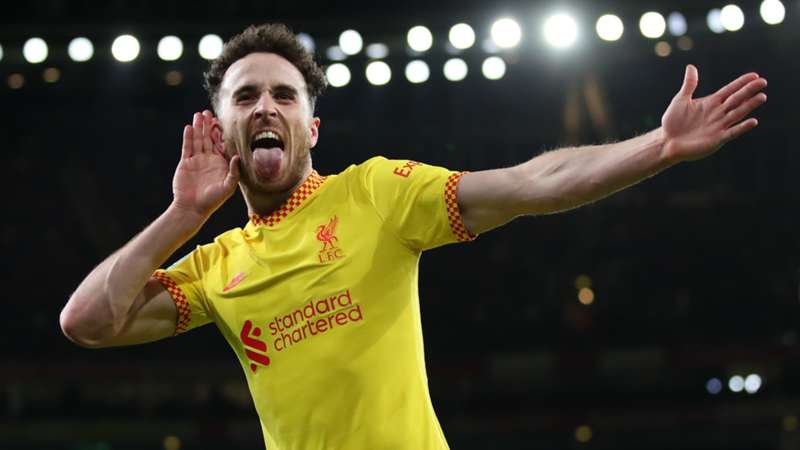 The Portuguese scored once in each half.

On Thursday at Emirates Stadium, Liverpool defeated Arsenal 2-0 in the second leg of the 2021-22 Carabao Cup semifinals.

Diogo Jota scored both Liverpool goals in the victory, which gave the Reds a 2-0 aggregate victory over the North London side.

After the teams battled to a 0-0 bore draw last week at Anfield, Liverpool wasted little time in taking control of the second leg. In the 19th minute, the visitors embarked on a 20-second move that started with goalkeeper Caoimhin Kelleher and ended with Jota at the other end of the field. After receiving the ball 35 yards from goal, the Portuguese attacker dribbled into the penalty area and scuffed his shot attempt but still managed to keep Arsenal goalkeeper Aaron Ramsdale off balance, resulting in the ball rolling slowly into the back of the Gunners' net.

With the lead in hand, Liverpool kept the hosts at bay by maintaining a possession advantage and limiting the number of forays into their own defensive third. But, as the clock ticked on, Arsenal had little choice but to attack more frequently, and in the 77th minute, the Reds forced a turnover at midfield before springing a wide-open Jota with a long ball. He charged straight down the middle of the field towards Ramsdale, who could only watch as the 25-year-old deftly chipped it over the onrushing 'keeper and into the gaping net.

A brief VAR check was required to determine whether Jota was offside, but the replay showed he was just on the right side of the defence when the ball was played, and the goal stood.

Not having been able to create a goal through 167 minutes, Arsenal wasn't going to suddenly figure out the Liverpool defence while down two goals. Instead, the Reds saw out the rest of the match, booking their spot in February's final.

Liverpool will face Chelsea in the final on Feb. 27 at Wembley Stadium.