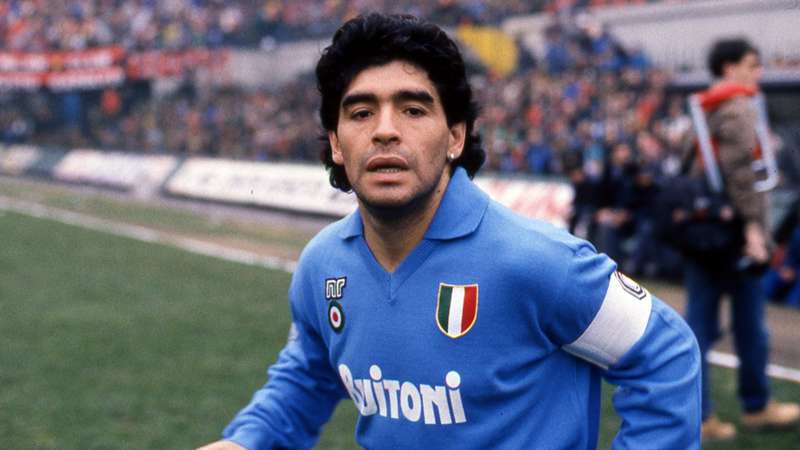 Alessandro Sabattini/Getty Images
Check your region for Maradona: The Fall on DAZN

One of world football's biggest names is the focus of a new documentary on DAZN.

When it comes to discussing who are the greatest players to ever lace up a pair of boots, Diego Maradona is one of those names which is immediately placed towards the top of many lists.

The Argentine was a player whose light feet and personality saw him gain many fans across the world, along with a religious-like following in Argentina.

But despite his success on the pitch which included a World Cup triumph and two Serie A titles with Napoli, Maradona was someone who often found himself associated with the darker sides of society off it.

During his time at Napoli, there were frequent links to the mafia, along with an addiction to drugs.

This all came to a head at the 1994 World Cup in the USA when Maradona testsed positive ephedrine.

The fallout from this seismic event is the focus of a new documentary on DAZN and will be released on November 11.

How to stream 'Maradona: The Fall' on DAZN

The documentary will be available to stream on DAZN in multiple countries across the globe (except Sweden, Denmark, Norway, Iceland, Finland, Estonia, Latvia, Lithuania, Poland, Netherlands, Belgium and Luxembourg).

You can sign up for a subscription here. However if you are in Argentina, Chile and Colombia you must download the DAZN app from the Apple App Store or Android Google Play store and then sign up from there, rather than via web browser.

When will 'Maradona: The Fall' be released?

The documentary will be released on Friday, November 11.